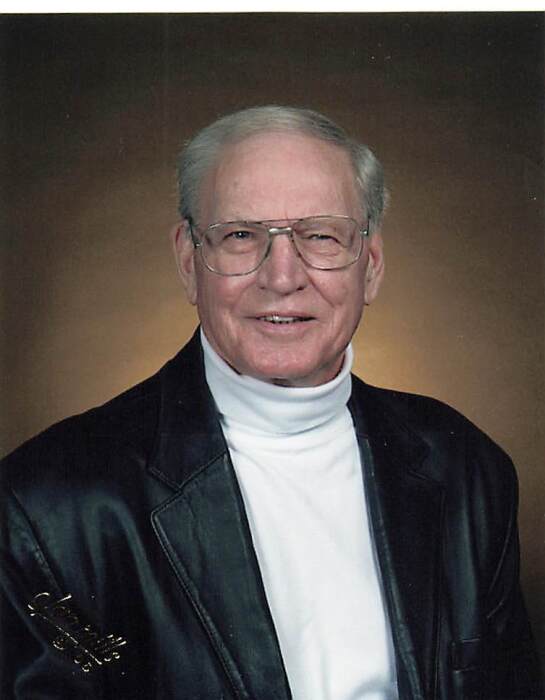 Willis “Bill” M. Sandquist, 95, of Merrill, passed away peacefully from this life to the next on Tuesday, June 29,2021 at Aspirus Wausau Hospital.

Bill was born in Hogarty on November 13, 1925 to the late Matt and Magdalena (Kumba) Sandquist.  He was the youngest of nine children.

Bill embraced every community he lived in and played an active role.  As a people person, he quickly made friends with his neighbors. He believed in giving back as an active member of the local church and community organizations such as the Elks Lodge, booster club, or Lions Club.  Raised in the country, he loved the outdoors and enjoyed hunting, fishing, and snowmobiling with family and friends.  Like every good Wisconsinite, Bill was a fan of the Wisconsin Badgers and Green Bay Packers.

Bill will be remembered as a good, kind and generous man, a solid citizen, an amazing father and grandfather, and a loving husband. His love for family extended beyond his immediate family to nieces and nephews and their children.  He served as the family historian and was the impetus behind many large family reunions.  He even put together a treasured historical record of the Sandquist family in words, documents and pictures.  His love, kindness, and impact will be sorely missed, but his memory will live on in the hearts of all who knew and loved him.

Bill is survived by his wife of 41 years, Mary; his children, Ron, Gene, Julie (Dan) Donovan, and Rich (Sharon); grandchildren, Nick and Ryan Sandquist, Mitchell Sandquist and Kate Suskey, Sarah Donovan, and Elliot, Stuart, and Eric Sandquist; as well as his six great grandchildren. In addition to his parents, Bill was preceded in death by his eight siblings, Howard, Floyd, Stella Rogalla, Lillian Mathisen, Marie Streeter, Marvin, Earl, and Florence Pfeffer; his half sister Leora Martin, half brothers Matt and Leonard; as well as special nephew Mel Sandquist and niece Lavern Jelinski.

A funeral service will be held at 12:00 noon on Wednesday, July 7, 2021 at Helke Funeral Home, 302 Spruce Street, Wausau.  Visitation will take place from 10:30 until the time of services at the funeral home.  Burial will take place in the Town of Hogarty.  Family and friends may go to www.helke.com to leave words of remembrance and online condolences.

In lieu of flowers memorials may be directed to the family to donate to a charity of their choice in Bill’s memory.

To order memorial trees or send flowers to the family in memory of Willis "Bill" Sandquist, please visit our flower store.