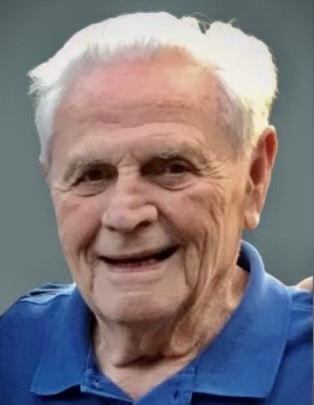 Vird was born on March 9, 1927, in Wyanet Township, Illinois to Eva Mae and George Homer Morrison. Vird was attending Iowa State University when in 1945 he was drafted into the U.S. Army. After completing basic training he was sent to the University of Minnesota to learn to read, write and interpret Japanese. Upon completion of his studies, he was inducted into the Counter Intelligence Corps as a special agent and sent to Kobe, Japan. Returning home, he met and married Virginia Mae (Ginny) Slutz. As they were starting their family Vird was called back into the Army to serve in the Korean War.

Vird started his career with Wausau Insurance Companies in 1953 and retired in 1992 as a Senior Vice President. At Wausau, his vision, dedication, and commitment were recognized in his supervision of the design and construction of the World Headquarters Complex, Westwood Training and Conference Center, and many other corporate facilities across the United States. Perhaps Vird's most famous project was building the replica of the famous Wausau Railroad Depot which became the iconic corporate symbol of Wausau Insurance.

Vird was an avid curler, golfer, traveler, and boater who thoroughly enjoyed his life in the Minocqua area and Green Valley, Arizona. Vird enjoyed delicious food and liked to end his day with a vodka tonic or two. Vird and Ginny took cruises all over the world including a cruise through the Panama Canal and they were on one of the first ships allowed into Russia after the fall of the Berlin Wall. Vird was always up for anything. He even learned to water-ski although he couldn't swim!

Virden is survived by his children, Mark Morrison of Wassaic, NY, Rex Morrison of Wausau, WI, and Laurie Morrison Sund and her husband David of Dane, WI. He is also survived by his grandchildren,Kayle Morrison and his wife Jolanta, of Fairfax Station, VA, Blake Morrison and his wife Cagney of Sharon, CT, and Emily Quigley and her husband Connor of Mendon, VT, and three great-grandchildren, Zoe, Lexie and Wesley Morrison of Fairfax Station, VA, whom he adored immensely. He was preceded in death by his wife Ginny in 2004.

The family wishes to thank Maplewood of Sauk City for their love and remarkable care.

Virden H. Morrison was a true patriot who loved his country and encouraged and supported his family. He will be dearly missed.

Visitation will be held at 12:00 noon on Tuesday, April 6, 2021, at Restlawn Memorial Park Mausoleum Chapel, Wausau, WI. Military Honors will begin at 1:00 p.m., performed by the Wausau American Legion Montgomery-Plant-Dudley Post 10 and the United States Army. Online condolences may be shared at www.helke.com

To order memorial trees or send flowers to the family in memory of Virden Morrison, please visit our flower store.