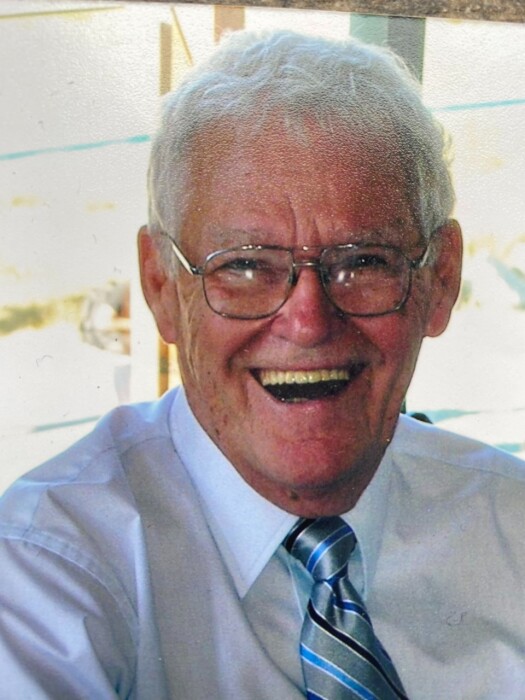 Thomas was born in Milwaukee on September 10, 1932 to the late William and Clara (Baumle) Timken.  Thomas’ father (a dentist) served in World Wars I and II, loved to travel and lived in many places with his family, including Ft. Defiance Navajo Indian Reservation.  This was the foundation of Tom’s love of travel and history, which continued as he married and started his own family.

In 1950 he graduated from Solomon Juneau High School in Milwaukee.  Tom would then go on to UW Madison where he pursued his undergraduate degree in History.  It is at UW Madison where Tom would meet the love of his life, nursing student Evelyn Rose Rufi.  Tom and Evelyn were married on November 25, 1953 in Madison.  Soon after being united in marriage, Tom joined the US Army, where he was stationed in El Paso.  While in El Paso, Tom and Evelyn would start their family with the birth of their son Thomas R. Timken Jr.   After his time in the Army, he worked on finishing his undergraduate degree at UW Madison, followed by law school and earning his Juris Doctor Degree.  During this time Tom and Evelyn worked hard to support and raise their family, which was the most important thing in Tom’s life, doing all they could, which included Tom driving cab at nights while in law school.    Upon completion of his degree, Tom and Evelyn moved to Wausau where Tom pursued his own practice.  He was also appointed by 5 Wisconsin Governors, Patrick Lucey, Martin Schreiber, Lee Dreyfus, Anthony Earl, and Tommy Thompson to serve as an Administrative Law Judge on the Tax Appeals Commission for the State of Wisconsin. They would welcome daughter Teresa and sons Mark, Michael, and Daniel to the family.  As a family of seven, they would pile into the family station wagon for their yearly vacations.  Their travels would take them all over the United States. Together Tom and Evelyn would travel extensively, including special trips to Europe and Hawaii, to name a few.  Throughout all his travels, he would never pass up an opportunity to take a cab and chat with the driver.  After the passing of his wife, Tom retired at the age of 62. He moved to Eagle River where he could be found on the golf course or helping out as a “swamper” at his son’s restaurant.  He continued to pursue his love for traveling with trips all over the country with his children, friends and sometimes by himself, including travel to one of his favorite destinations – Las Vegas (where he went well over 100 times).   Tom was a Civil War history buff and avid reader who will be remembered for his witty sense of humor, his compassion, and his unconditional love for his family.

He is preceded in death by his parents, wife Evelyn, and brother William Timken.

A private family service will be held on June 1.  Flowers can be sent to Helke Funeral home in Wausau, and memorials may be directed to the American Cancer Society.

The family would like to thank the Marshfield Medical Center (Marshfield) staff who cared for him during this difficult time, especially the Palliative Care Unit.  Their professionalism, compassion and support of the family during these times was absolutely incredible and deeply appreciated.

To order memorial trees or send flowers to the family in memory of Thomas Timken, please visit our flower store.