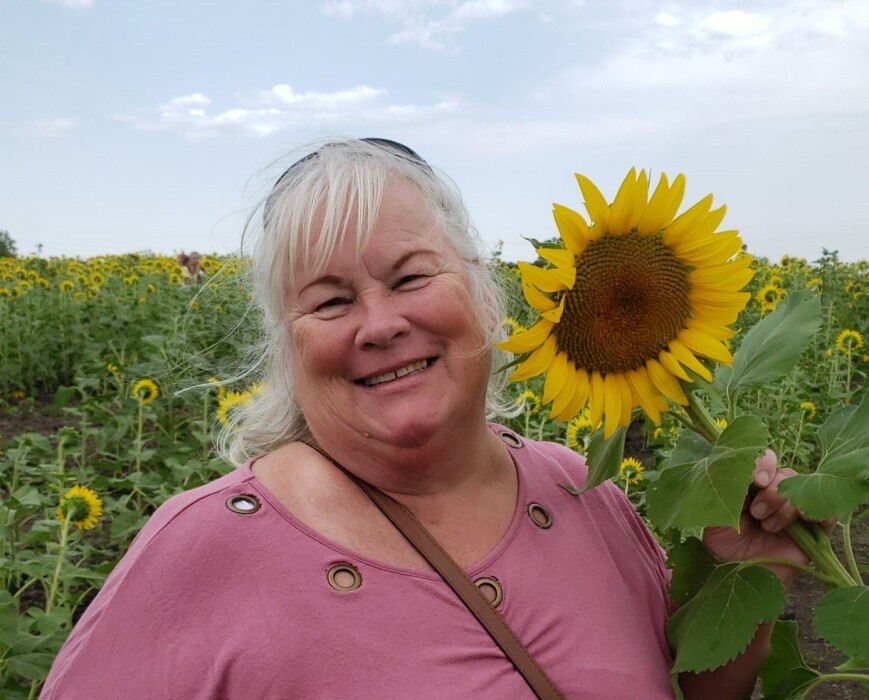 Terry was born on January 9th,1952 in Kenosha, Wi. to Norman and Doris (Warner) Dreyer. Just out of High school she married Kenneth R. Gunderson, they were married for 17yrs. and together had two children, Jeremy and Jenny.  Terry was a hard worker that dedicated 25 plus years to Wal-Mart where she eventually met her soulmate, Mr. Terry Harvey. On June 23, 2001 they were married and welcomed his children Kris and Tina into the family. As husband and wife, they both shared the same name and soon became known as Mr and Mrs. T, or TNT.

Terry’s life was filled with many accomplishments, her biggest being her family.  She was known for her infectious smile, generosity and compassionate spirit.  She was a strong woman that was never reluctant to say what she thought or to help anyone in need. Terry also loved going to church, traveling with family, and spending time at their second home in Wisconsin Dells.

Terry was preceded in death by her father, Norman and her mother, Doris.  She is survived by her husband Terry, and their four children, Jeremy (Amber), Jenny (Dan), Tina (Marc) and Kris, her grandchildren Gary, Adam, Ariel, Mikayla, Cailey, Davin and Sophia and her great grandchildren Ryker and Isabella, siblings Darlene (Dan), Bob (Marge), Norma and Wendy along with several cousins, nieces and nephews.

A Celebration of Life is being held at Roma Lodge in Racine, WI on March 5, 2022 from 4-9 pm to honor and celebrate Terry’s life.

To order memorial trees or send flowers to the family in memory of Terry Harvey, please visit our flower store.