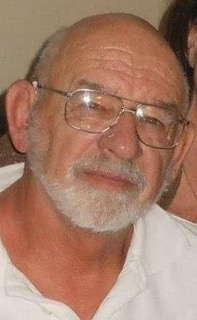 Terrance Peter Narlock, 78, of Ringle, went to be with his Lord on May 16, 2019. He passed away peacefully amongst family in his home.

Terry was born on January 10, 1941 to Lambert and Margaret Narlock. He was born, raised, and laid to rest all within the Wausau area. He graduated from D.C. Everest Highschool in 1959.

Terry had a big personality and loved helping people. He spent the majority of his life working as a foster parent and tending to his family farm. He was also heavily involved in St. Marks Parish as a mentor and teacher. Terry truly lived life to the fullest through simple pleasures; chatting with friends and family, working on projects to stay busy. He was one to figuratively and literally tend to the garden that he could touch. He was compassionate and hardworking. He had an uncanny ability to reach people in a deep and positive way.

The visitation will be on Thursday, May 23rd from 6-8 pm at St. Mark’s Catholic Church in Rothschild, Wisconsin. The funeral service will also be at St. Marks Church on Friday May 24th at 11:30 am.

We would like to honor Terry’s generous nature by feeding those in need one last time. In Lieu of flowers; please give any non-perishable items to the St. Mark Catholic Parish 715.359.5206; 602 Military Rd. Rothschild, WI 54474 or at any local food bank of your convenience.

To order memorial trees or send flowers to the family in memory of Terrance Narlock, please visit our flower store.