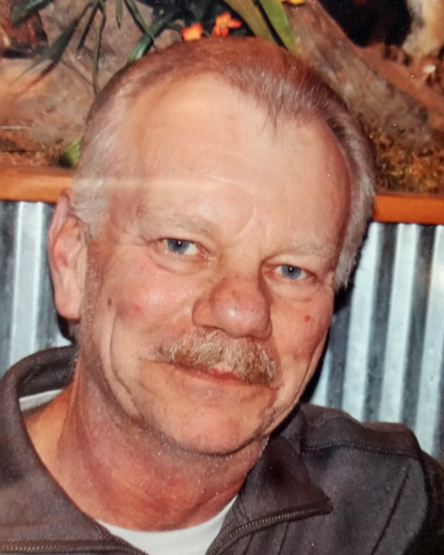 Steve was born February 23, 1956 in Wausau to the late George and Mildred (Michlig) Luedtke.  He was a 1974 graduate of Wausau West High School before going on to Northcentral Tech and becoming a licensed electrician and working for Van Ert Electrical Company for many years before retiring.  Steve married Dawn McManamy and the couple was blessed with four children: Jessica, Rachel, Steven Jr. and Elizabeth, the couple later divorced.  Love found Steve once again and after a 14-year partnership he married Lori (Lucko) Plachetka on March 20, 2009.

Steve was a good husband and wonderful father whose calm presence and polite nature will be dearly missed.  To Lori he was her angel and to his four children he was the rational and patient father who taught them that the 10 commandments were the rules of life.  Steve’s deep love for his family grew over the years to encompass his grandchildren and step-grandchildren.   Because family was so important to Steve, he and Lori hosted a family reunion and barbeque for the past 17 years over the Memorial Day weekend and fun was had by all.

Despite his tougher exterior, Steve was truly a very generous man with an extremely wonderful sense of humor.  He was a very interesting person to get to know with some knowledge on just about everything due to his love of reading.  Steve certainly had his opinions and he always enjoyed challenging others to make a person think about why they believed in something.

In his free time, Steve loved the outdoors and going to his cabin to “hunt”.  Hunting to Steve was to go and appreciate the splendor of nature and the animals, in his entire life he never shot a deer.  He enjoyed all kinds of music from the Eagles to Metallica.  Steve’s love for sports began early in life, lettering in baseball and hockey in high school before going on to play in the American Legion baseball league and playing softball with the “old geezers” later in life.  He also loved to watch baseball, football, hockey and going to the races with family.  Following retirement, Steve took up woodworking building on many wonderful projects.

The funeral service for Steve will be at 12:00 PM on Monday, November 18, 2019 at Helke Funeral Home, Wausau.  Rev. Zach Holdorf will officiate.  Visitation will be from 9:00 AM until the time of service at the funeral home on Monday.  Burial will be at Restlawn Memorial Park.  Helke Funeral Home is assisting the family with the arrangements; you may sign our family guestbook at helke.com.

To order memorial trees or send flowers to the family in memory of Steve Luedtke Sr., please visit our flower store.