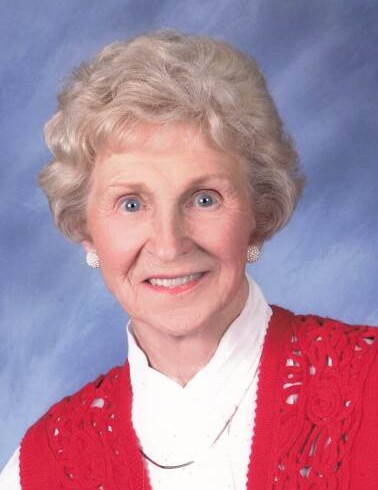 Sophie Marschall, 93, passed away with family by her side on Friday, November 19, 2021, at Aspirus Hospital in Wausau.

Sophie was born in 1928 to Barbara Herbrich and Michael Lehner in Haselbach, Thuringia, Germany. Sophie was the 3rd of 8 children. Sophie grew up amidst the war and she and her family suffered a host of troubles and indignities during that time. Sophie met Alfred Shuminski who was an American soldier in the Army. Sophie came to America on the 4th of July, 1949 as a war bride with her young daughter, Rosemarie. Alfred told her the fireworks in the sky were for her. She and her family lived in Philadelphia, Pennsylvania. In 1951 daughter Linda was born. Sophie became a naturalized US citizen approximately five years after she arrived in America. She had to overcome the German/English language barrier and learned along with her daughters while they were in school. Sophie was a homemaker for most of her time in Philadelphia until she started working at Aston Hill, a company that manufactured asbestos felts used in the film developing process.

When she divorced, she had the opportunity to transfer to another city and chose Appleton, WI, where she met John Marschall, who owned Appleton Trophy and Engraving. They retired for a few years but missed the business and started Wausau Trophy and Engraving when they moved to Wausau. After John Marschall passed away Sophie retired. About 25 years ago Sophie met Robert Frame, who became her companion for the rest of her days. Sophie and Bob met in the pool where they were both attending for aqua physical rehabilitation. Sophie and Bob were inseparable and a treasured couple to everyone who knew them.

Sophie is well known for her generosity, kindness, and spunk. And cookies – can’t forget the cookies. Sophie is a well-respected member of the Wausau community and of course, her church. She is beloved by her friends and family. Sophie is survived by daughters Rosemarie (Martin) Tillman and Linda Kosinski, as well as granddaughters Christine (William) Noble and Adrienne (Daniel) Kirsch. Sophie was also blessed to have two great-grandsons, David Adler and Cooper Kirsch. Sophie will always be remembered as being the life of the party, even into her 90’s.

The funeral service for Sophie will be held at 11:30 a.m. on Monday, November 22, 2021 at Helke Funeral Home, 302 Spruce Street, Wausau, with Pastor Rebecca Voss presiding. A visitation will be held at the funeral home from 10:30 a.m. until the time of service.

To order memorial trees or send flowers to the family in memory of Sophie Marschall, please visit our flower store.