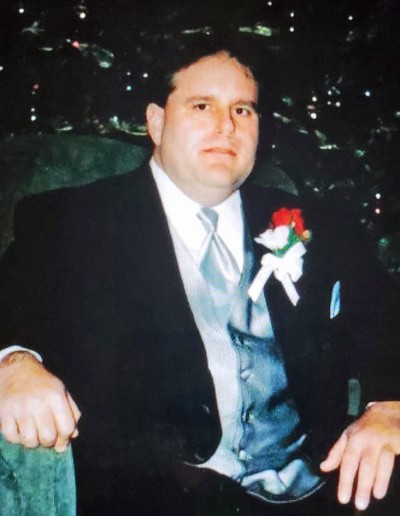 Russell Dean Hosey, 58, of Spirit, Wisconsin, passed away at his home on Tuesday, March 2, 2021, after a courageous four-year battle with liver disease.
He was born on October 29, 1962, to the late Keith and Marjorie (Hays) Hosey, at the United States Marine Base at Whidbey Island, WA, where his father was based.  He completed his bachelor’s degree and worked for United Healthcare as a computer analyst. Russell was a veteran of the United States Army.
Russell is survived by his wife, Michele; daughters, Jessica and Courtney Hosey; step-children, Amethyst (Adam) Saed, Daniel Eversdyk, and Alecia Zainer; three grandchildren, Micheal, Lexi, and Landon; one sister; two step-brothers; as well as his wife’s family, who were all extremely important to Russ.
Early on Russ logged for a company in Oregon, where his love for the Oregon Ducks football team began. He was also a huge fan of the Dallas Cowboys and Nascar. Russ loved being in the outdoors. Fishing was his greatest passion; especially after his liver disease made it so he was unable to work. Russ found his solace out on the dock, waiting for the next big catch. Most important to Russ was his family. He loved to spend as much time as he could with his close family, he was extremely proud of his children and grandchildren, and he loved his wife Michele unconditionally. His family asks that you remember Russ as a fighter. A man with a loving and compassionate heart, who always put his family first. They will miss his love and laughter, but his memory will live on in their hearts.
Funeral services will be held at 3:00 pm Monday, March 8, 2021, at Helke Funeral Home, 302 Spruce Street. Visitation will take place from 1:00 pm until the time of services at the funeral home. Family and friends may go to www.helke.com to leave online condolences and words of remembrance.
The family would like to thank Hope Hospice & Palliative Care, as well as their family and friends for their constant love and support through these difficult times.

To order memorial trees or send flowers to the family in memory of Russell Hosey, please visit our flower store.