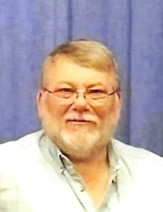 He was born May 20, 1954 in Wausau to the late Martin and Margareta (Glawe) Wienke.  During Vietnam, Roger served in Korea as a Sargent in the U.S. Army Military Police.  On August 23, 1997 he married Frances Gryskiewicz at Our Savior’s Lutheran Church, Merrill.  They made their home in Merrill with Roger working as a night supervisor for Menzner Lumber in Marathon for 35 years.

Roger had a larger than life personality.  When he entered a room, you knew it with his laughter and smile. Often referred to as “The Bear”, his growl was worse than his bite, as he was a big teddy bear inside.  Family time meant the most to Roger.  Always looking forward to Sunday dinner at his home with his kids, spouses and grandchildren, especially the grandchildren who had “Papa” wrapped around their fingers.  He loved being in the woods, appreciating all that nature had to offer.  You could also find him pursuing Walleye in his boat and hunting for that elusive “big buck”.

Funeral services will be 10:30 a.m., Saturday, May 25, 2019 at Helke Funeral Home, 302 Spruce St., Wausau.  Reverend Steven Gjerde will officiate.  Burial will be in Restlawn Memorial Park.  Visitation will be Saturday from 8:30 a.m. until the time of services at the funeral home.

To order memorial trees or send flowers to the family in memory of Roger Wienke, please visit our flower store.