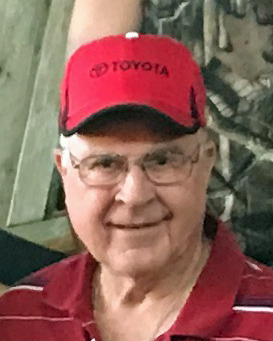 Roger Bernard Schwamman, 78, died Thursday, October 10, 2019 at UW Madison Hospital under care of the stroke unit and comforted by family.

Roger was born May 5, 1941 in New Hampton, Iowa to the late Bernard "Ben" and Angela (Lechtenberg) Schwamman. He grew up on the family farm in Iowa the oldest of 5; Roger, Janet, Jerry, Elaine and Norma. At the age of 15, his father became ill and died, and he had no choice but to leave school to take care of the family and the farm. After 6 years, his mother made the difficult decision to sell the farm and move the family to Wisconsin. That was difficult for Roger after he had sacrificed his schooling but that didn't stop him. In Wausau he went back to school to obtain his GED, spent two years in the military, and then found work at the Wausau Fire Department where he spent 29 years working as an EMT, MPO (Mechanical Fire Pump Operator), driving the fire trucks, fighting fires and saving lives. Roger was extremely proud to be a Fire fighter! The Fire station was a big part of his life and who he was as a person always serving and helping others.

It was in Wausau where he also met the love of his life, Margaret "Peggy" (McDaniel) Schwamman. They met in the summer of 1964, 3 months before being drafted into the service on Oct 27, 1964 during the Vietnam war. He was stationed in Germany on a British base as part of the Signal Core where he operated a Crypto Machine for communications between Vietnam and the US. During this time, they sent love letters, he visited home once for Christmas, then honorably returned home on October 7th of 1966 and they were married that same year on December 10th, 1966. They were happily married for almost 53 years! They were blessed with four wonderful children and four loving grandchildren. Roger's real passion in life was for his family. He looked forward to the Holidays when the whole family would get together.

On Tuesday, October 8th Roger had a blood clot from his heart get lodged into the right side of his brain causing a major stroke affecting his entire right brain and completely paralyzing his left side. He was air lifted to UW Madison Hospital where they did what they could for him. His family was there by his side the entire time and against odds, we were able to communicate with him through him gripping our hands and him squeezing to say yes or no… and he made his wishes clear. When the medical team removed his breathing tube, again against odds he breathed on his own and he held on to spend additional time with his family… We told stories, we laughed, we cried and we cried some more…. and then with his prankster attitude, he quietly passed away at exactly 10:10 on 10/10.

The funeral service for Roger will be at 11:00 AM on Saturday, October 26, 2019 at Helke Funeral Home.  Christopher Schmidt will officiate.  Visitation will be from 9:00 AM until the time of service at the funeral home on Saturday.  The committal will be at Restlawn Memorial Park, Town of Texas.  Military rites will be rendered by VFW Burns Post #388 and active members of the US Army.  Helke Funeral Home is assisting the family with the arrangements; you may sign our family guestbook at helke.com.

In lieu of flowers, proceeds from the funeral will be deposited into accounts for the grandchildren in memory of Grandpa Schwamman.

To order memorial trees or send flowers to the family in memory of Roger Schwamman, please visit our flower store.