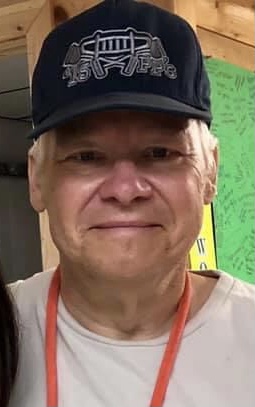 Robert Alan Stewart, son of Charles Stewart and the late Jacquelyn Voltz Stewart, was born April 16, 1963 in Joliet, IL. As a child he spent his summers at Camp Algonquin in Rhinelander, Wisconsin. He was an annual camper until he became a staff member at the camp. Bob graduated from Western Illinois University and taught at Roanoke Benson High School until his move to the Northwoods. In 1984, Bob and fellow staffer, Roddy McMillan purchased Camp Algonquin and every summer they welcomed staff and campers from all around the world. The camp was sold in 2004 and is now operating as Camp Horseshoe. He continued to work at, and be a part of, The Shoe family until he passed. Bob owned and operated Northwoods Youth Camp from 1998 through 2008. He lived his life, encouraging, challenging, and mentoring our youth to work to their fullest potential. He loved the Northwoods and traveling. He was devoted to his family and considered many friends, family also.

Bob left this earth and joined his eternal family on November 24, 2020. He is survived by his father, Charles of Peoria, IL, his brother Dave, from Rhinelander, WI, his sister Debi Stewart Russell of Washington, IL and his four nephews and their families. There will be a celebration of life at a later date.

To order memorial trees or send flowers to the family in memory of Robert Stewart, please visit our flower store.