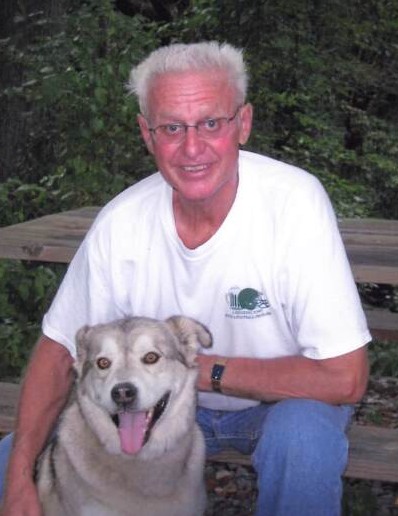 Robert J. Schlag, age 77, passed away on October 30, 2020 at Aspirus Wausau Hospital after a short yet courageous battle with COVID-19.

Robert was born on June 20, 1943 in Columbus, Indiana, to the late Wilbert and Floretta (Latzig) Schlag.  Bob graduated from Wausau High School, then went on to work in construction. He then worked for Goetsch’s Welding for several years, at the same time taking the apprenticeship program to become a journeyman sheet metal worker. He worked in that capacity at Mechanical Inc., Tomahawk from which he retired in 2006. After retirement he worked part-time at Wes   Fab for several years.

He married Marlene Haehlke on September 7, 1968 in Athens, Wisconsin, she survives.  Together they had one son, Dean, who also survives.

Bob was an avid Green Bay Packer and Brewers fan enjoying group trips to Packer and Brewer games.  Bob and Marlene went on trips to Europe, with Ireland being the favorite.  They enjoyed taking their 5th wheel on many trips getting to both coasts. He enjoyed rifle hunting, bagging a few nice bucks over the years. Bob bowled in several leagues over the years, including the Friday Night Shoppers couples league in Merrill for almost 50 years with friends Roger and Darlene Bade.  He served his community as a volunteer at the Town of Maine Fire Department for ten years.  Bob was thrilled when he was able to join Dean on a seven-day Tiger Cruise aboard the Naval aircraft carrier Abraham Lincoln.  He was a faithful member of Faith Lutheran Church in the Town of Maine.  A devoted pet lover, Bob could be found daily walking his furry friends Bullet, Salomon and currently Brewer.

Bob was hard working and energetic. His favorite pastime was heading up to the woods on his Ranger, chainsaw in tow, to cut firewood. He turned into quite the gardener in retirement, loving the flower garden, doing all the watering, weeding, and trimming, in addition to taking care of the lawn. Bob could be relied on to fix anything.  Bob’s memory will live on in all the lives he touched, he will be sadly missed by all who knew him.

Besides his wife Marlene and son Dean, Bob is also survived by his sister Karen (Roger) Lenzner, nieces and nephews who all loved their Uncle Bob, and cousins (special cousins Linnus Schlag and Karl Nichols) and friends.   He was preceded in death by his parents Wilbert and Floretta Schlag, two brothers , David Schlag, Roger (JoAnn) Schlag,  one sister, Mary Ann (Milton) Hamann, one sister-in-law and two brothers-in-law.

A Celebration of Life will be held at 11:00 am on Monday, November 9, 2020 at Faith Lutheran Church, 15425 South County Rd K, Merrill, WI.  The Rev. Donald Love will officiate.  Visitation will be from 10:00 a.m. until the time of service, all at the church.  Masks and social distancing are required.  Those unable to attend can watch a recording of the service later that afternoon at www.helke.com.  Helke Funeral Home oversees the arrangements. Online condolences and words of remembrance can be given at www.helke.com.

To order memorial trees or send flowers to the family in memory of Robert Schlag, please visit our flower store.