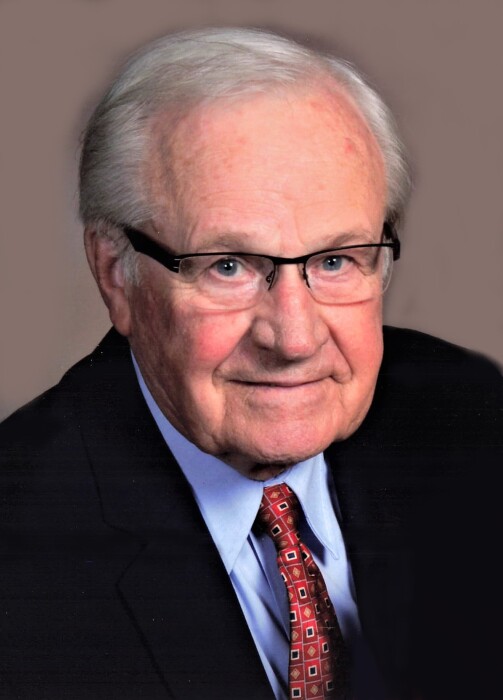 Bob went to Maple Grove elementary school in Hamburg and high school and college at Concordia in Milwaukee.  He was drafted into the Army and, during the Korean war, worked in communications for two years in Berlin, Germany.  Bob worked at Wausau Builders Supply for many years, starting as a delivery driver to owning the business.  After retirement, he grew restless and enjoyed working part-time for Van der Geest Dairy Farm.

Bob had a great sense of humor and would stop and chat with people whenever he had a chance.  He enjoyed watching the birds, playing cards, photography, and woodturning, where he made hundreds of beautiful pens.  Bob was a man of strong faith, loved by his family and friends, and will be deeply missed.

Funeral service will be held at 11:00 a.m. on held Saturday, August 29, at St. Mark’s Lutheran Church, 600 Stevens Drive, Wausau.  Visitation will be held from 9:30 a.m. until the time of service at the church. Interment will be held at Stettin Christian Cemetery. In lieu of flowers, donations may be made to St Mark’s Church.   Masks are required.

To order memorial trees or send flowers to the family in memory of Robert Schedler, please visit our flower store.