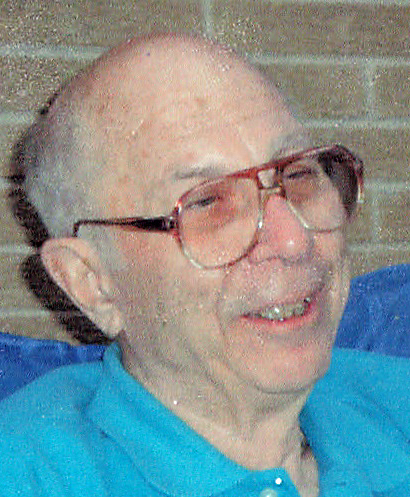 Robert David Reichel passed away on Thursday, September 17, 2020, at home surrounded by his family.

He was 92. Robert was born on November 4, 1927, to Christina and David Reichel. He was a Navy Veteran and served his country on the maiden voyage of the USS Mason that departed from the Boston Harbor and traveled to China. He returned home to central Wisconsin and began his career with WI Public Service, starting out building substations and finally retiring as a supervisor after 41 years. He married the love of his life, Shirley Hoppe, on October 7, 1950. Together they raised six children and one grandchild. He was a devoted husband and family man. He cared for his wife with steadfast and unconditional love in her final years and was fortunate enough to have spent the last six months of his life receiving that same love and care from his daughters. In his final days, he was surrounded by his great-grandchildren. He was and continues to be an inspiration to all who had the privilege to have known him. He will be dearly missed.

He is preceded in death by his wife, Shirley, his parents, and one brother, Albert.

The family would like to thank Aspirus Home Hospice for the loving care they gave our father. We would especially like to thank Haley, Shelley, and Linda.

To order memorial trees or send flowers to the family in memory of Robert Reichel, please visit our flower store.