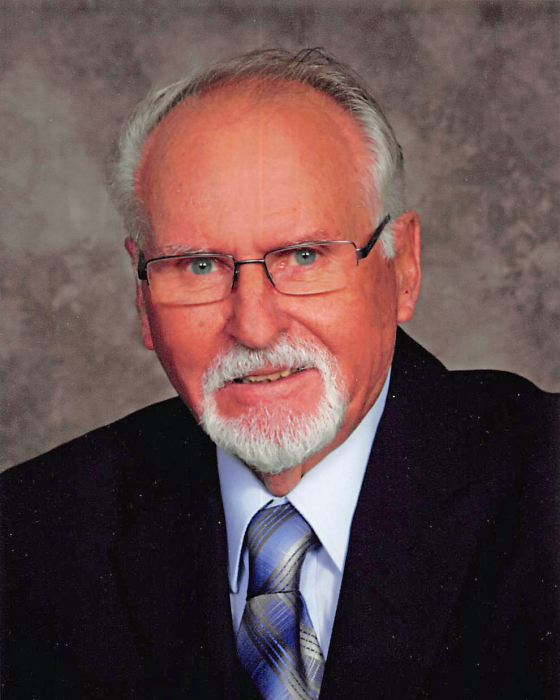 Robert was born in October 1932, in Wausau, to the late Robert and Ella Prahl.  On June 27, 1959 he married Muriel D. Palesh, in Wausau.  They were blessed with four children: Sheila, Lori, Dana and Robb.

For much of his life, Robert was a welder at JI Case and Oshkosh Corporation, formally Oshkosh Truck.  During his retirement he was employed at NAPA Auto Parts of Schofield, until his illness.

Robert was a veteran of the Korean War.  He was a lifelong member of the VFW Burns Post 388.  Robert was an avid fan of NASCAR, the Brewers and the Packers.  He was a dedicated member of Zion Lutheran Church in Wausau and enjoyed assisting his wife in preparing a variety of baked goods and candy treats for Zion’s Fall Strassenfest.  He also enjoyed spending time with special friends Christine, Don, Kathlyn and Ted.  He loved listening to country classic and polka music.

Robert is preceded in death by three brothers, Lawrence, Wilbert and Buddy; along with a step-granddaughter, Jennifer Swett.

The funeral service for Robert will be at 11:00 AM Monday, October 8, 2018 at Zion Lutheran Church (709 6th Street, Wausau).  Rev. Christopher Johnson assisted by Vicar Joseph Pinzl will officiate.  Visitation will be from 9:00 AM until the time of service on Monday at church.  Helke Funeral Home is assisting the family with the arrangements; you may sign our family guest book at helke.com.

Robert’s family would like to give special thanks to the Ascension Home Care and Home Hospice support staff, friends, family, Pastor Gjerde, Pastor Johnson, niece Judy Anklam and close friend Christine Worgull, for their comfort and assistance.  In lieu of flowers, memorials may be directed to Zion Lutheran Church or a charity of your choice.

To order memorial trees or send flowers to the family in memory of Robert Prahl Jr., please visit our flower store.