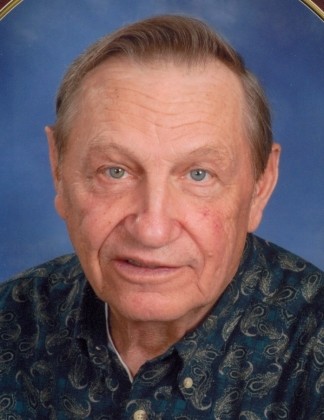 Robert Peterson, 77, of Hatley passed away on Wednesday, November 13, 2019 at Homme Home, Wittenberg.

He was born on December 20, 1941 in Medford to the late Alex and Maggie (Golder) Peterson.  Bob grew up in Rib Lake where he attended high school. He then served from 1961 until 1964 in the U.S. Army during the Cold War. Bob also was an avid stock car racer at many Wisconsin race tracks until the early 70’s. On September 16, 1967, Bob married Carol Kaetterhenry in Wausau. While raising their two children, Kurt and Michelle, Bob worked in highway construction for Mathy Construction retiring in 1998.  He was a proud 50 year member of Operating Engineers #139.  Whether he was making maple syrup, tending to his honey bees, raising Angus beef or tinkering in his shop, Bob was never one to sit still.  He also enjoyed deer hunting and fishing with his son and grandson’s. Bob was a cancer survivor and for 8 years supported other survivors by walking in the many cancer relays held in Mosinee, with special friend Deb Hallas.

Survivors include his son, Kurt (Jennifer) and their sons, Justin and Ryan of Seymour, his daughter, Michelle and her family, brother, Arvid (Kim) of Rib Lake, sister, Carol Knight of Dorchester, very special friend, Deb Hallas of Spirit and her family, Jennifer (Craig) Duranceau, Jared, Amra, Dominic, Jasmin, Rebecca (Joshua) Preboski, Jacob, Bradley, Tami Soltow, Tori and Brody and extended family and friends.  He was preceded in death by Carol on May 31, 1999, three brothers, Edward, Emmery and Richard and two sisters, Alice and Ruth Maki Engels.

A special thank you to the caring staff at Homme Home, Wittenberg.

Funeral services will be 9:30 a.m., Monday, November 18, 2019 at Mosinee United Methodist Church, 607 13th St., Mosinee.  Reverend Gail Ray and Reverend Barry Levine will officiate. Burial will be in Restlawn Memorial Park, Wausau. Visitation will be Sunday, November 17, 2019 from 4:00 p.m. until 8:00 p.m. at the Helke Funeral Home, 302 Spruce St., Wausau and again at the church on Monday from 8:30 a.m. until the time of services.  You may sign our family guest book at helke.com.

To order memorial trees or send flowers to the family in memory of Robert Peterson, please visit our flower store.