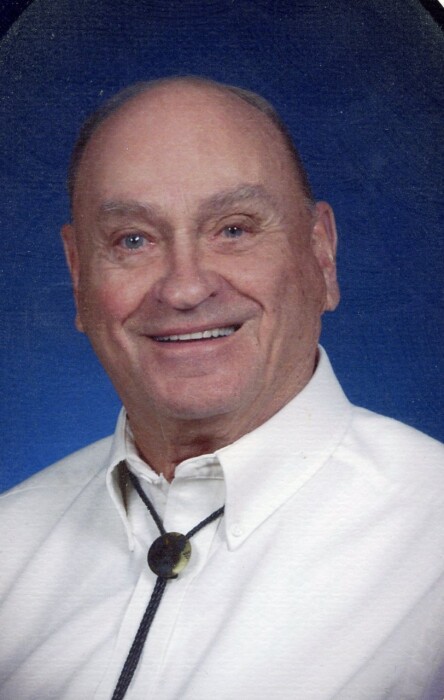 Robert (Bob) Arthur Kamke passed away on January 14, 2021 at River Pines Care Facility, Eau Claire, WI. Bob was born in Milwaukee, Wisconsin to Otto and Laura (Hoene) Kamke on March 1, 1928. He went to school at Wausau Senior High and graduated in 1946. He married Joyce E. Luebbe in 1950 and they had four children Robert John, Jane Kay, James Jay and Patti Sue. Joyce passed away on March 6, 1962. He married Ardythe (Ardy) M. Epding on November 16, 1963, daughter Cindy Lou joined the Kamke family and in time two more sons David Arthur and Richard Thomas. Bob and Ardy were happily married for 57 years. He worked for Wausau Insurance Company for 41 years first in Wausau, WI and then Eau Claire, WI. He was a veteran of the US Navy and served in Japan from 1946 to 1948.

With seven children, family time together was always loud and boisterous. Playing cards was often at the center of activity. He loved to read about places he would like to visit and even with so many children there were road trips every summer. In retirement, he and Ardy spent winters in Arizona playing tennis and enjoying the warm weather and summers on the lake in Holcombe, WI. Cribbage was a common activity for the two of them and his competitive spirit never left him throughout the years. Bob was an avid sports fan following all of the Wisconsin teams, planning his day around television viewing, usually with a beer in hand for assistance in cheering (Heigh HO!!) for the Packers, Brewers and Badgers.

A private family service will be held on January 19th. Helke Funeral Home of Wausau is assisting the family with the arrangements. Memorial donations may be made to Shriners Hospitals.

Cheerio Dad, until we meet again.

To order memorial trees or send flowers to the family in memory of Robert Kamke, please visit our flower store.