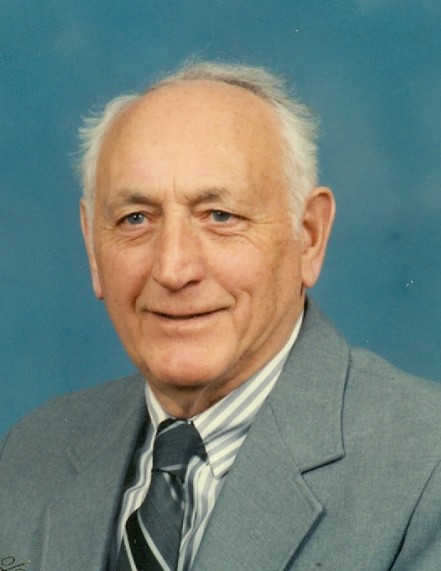 He was born on December 10, 1919 in Marathon County to the late Carl and Nelly (Callahan) Bremer.  Robert served his country during WWII in the U.S. Army.  He was proud to have flown on the 1996 Honor Flight to Washington, D.C. with his son, Bruce as his guardian.   On November 11, 1950, Robert married Gertrude Obermiller at St. Mary’s Catholic Church, Wausau.  He worked at Underwood Mill in various capacities and later worked as assistant manager at A&P Foods until they closed.  Robert finished his work career with Wausau School District in janitorial work at Wausau West High School.

He enjoyed hunting and especially fishing with his sons on Trout Lake.  Robert was one of the founding members of Bill’s Musky Club.  He loved to travel and go camping with his family.  Robert also enjoyed ice skating and was in the Wausau Winter Frolics in the 1930s.

Survivors include his wife, Gertrude of Wausau, son, Bruce of Wausau, three grandchildren, Jennifer, Brian and Samantha and four great grandchildren.  Robert was preceded in death by his son, Charles and siblings, Raymond, Alice Hammers and Olive Drumm.

A funeral mass will be held at a later date at Holy Name of Jesus Parish where Robert and Gertrude are members.  Online condolences may be shared at helke.com.

To order memorial trees or send flowers to the family in memory of Robert Bremer, please visit our flower store.