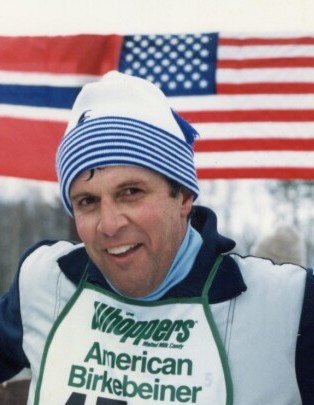 Richard W. Kloppenburg, 83, passed away on Monday, Aug. 2, 2021. He was born July 17, 1938, in Sheboygan, WI, to the late Frederick Kloppenburg and Marianna Weinert Kloppenburg.

He attended Holy Name Catholic School and graduated from Sheboygan North High School in 1956. Immediately after high school, Richard enlisted in the US Navy, where he served two years of active duty in the Atlantic Fleet aboard the USS Beale (DDE-471). He spent an additional two years in the Navy Reserve.

Richard graduated from the University of Wisconsin - Madison in 1963 with a degree in journalism. After graduation, he worked at the Stevens Point Journal for five years before moving his family to Wausau to begin a 25-year career with the Wausau Daily Herald. He was hired as a sports writer, eventually assuming the positions of outdoor, sports and copy editors. Additionally, Richard co-owned and operated Clean Duct Service and Prime Living Senior News, and was also employed by Eastbay and Trig’s at various times.

Richard was an avid outdoorsman and active in the local community sports scene. He umpired softball for the American Softball Association for more than 40 years, and was a longtime volunteer at the Badger State Games as well as various canoe and kayak races in downtown Wausau. For many years, he was active in cross-country skiing in central Wisconsin. He spent countless hours grooming trails in the off-season and skiing on the trails or giving lessons during ski season. He dedicated 10 years to publishing the Wausau Nordic Ski Club newsletter. His passion for Nordic skiing took him around the world on a quest to participate in every race in the Worldloppet series. There were 11 races at the peak of his ski career, and Richard participated in nine of the grueling events.

In addition to his parents, Richard was preceded in death by his brother Jim (Patty) Kloppenburg. He is survived by daughters, Sue (Scott) Graf and Jane (Gerard) Lagos; grandchildren, Joshua, Christian, Julia, Eric and Olivia; great-granddaughter, Rebekah;  niece and nephews, Jeffrey, Kristi, Paul and Mike. Memorials may be sent to The American Heart Association or The American Diabetes Association.

A memorial service will be held at a later date.

To order memorial trees or send flowers to the family in memory of Richard Kloppenburg, please visit our flower store.