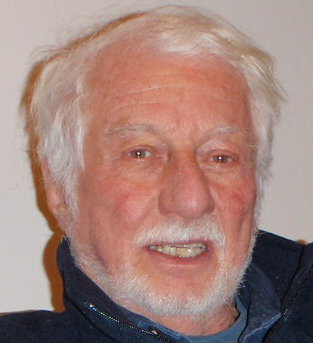 Reverend Robert J. Firary, 88, passed away on Thursday, August 29, 2019, while on a family vacation in Cooke City, Montana.
He was born on November 29, 1930 in Beaver Dam to the late Harley and Frances (Kopplin) Firary. On June 26, 1954, he married Yvonne A. Zamzow in Ripon.
Robert was raised in the Fall River area. He went on to further his education at the U.W Oshkosh; earning his English Degree. He went on for his Master of Divinity from Garrett Theological Seminary at Northwestern University. He was ordained in the United Methodist Church in 1956 and served at various United Methodist Churches around the State, including Poy Sippi, Peshtigo, Merrill, Sun Prairie, Neenah, and Wauwatosa Avenue United Methodist, where he retired from the ministry in 1994.
Robert was well known for his powerful and thoughtful sermons; and for his wonderful sense of humor. In his free time, he loved spending time outdoors hunting and fishing and sharing the outdoors with others through youth camping trips to Canada and Montana and birding trips in the US and Central and South America. He also enjoyed traveling and reading and was a dedicated life learner. He was an avid fan of Wisconsin Sports teams.
Survivors include his wife, Yvonne of Rothschild; children, Mark Firary of Philadelphia, PA, Mary Firary of Milwaukee, James Firary of Cynthiana, KY; his sisters, Elizabeth (Ervin) Oelke of Shoreview, MN, Patricia (Jerin) Frey of Fond du Lac; brother-in-law, Fred (Joan) Zamzow of Johnson Creek; as well as many nieces and nephews.
He was preceded in death by his parents; as well as three brothers, John, Donald, and Richard.
A memorial service will be held on Monday, September 16, 2019 at First United Methodist Church, 903 Third Street, Wausau, at 11:00 a.m. Visitation will take place from 9:00 a.m. until the time of services at the church. Burial of remains will be at Wanderer’s Rest Cemetery between Randolph and Columbus, Wisconsin. Family and friends may go to helke.com to sign the family guestbook.

To order memorial trees or send flowers to the family in memory of Rev. Robert Firary, please visit our flower store.