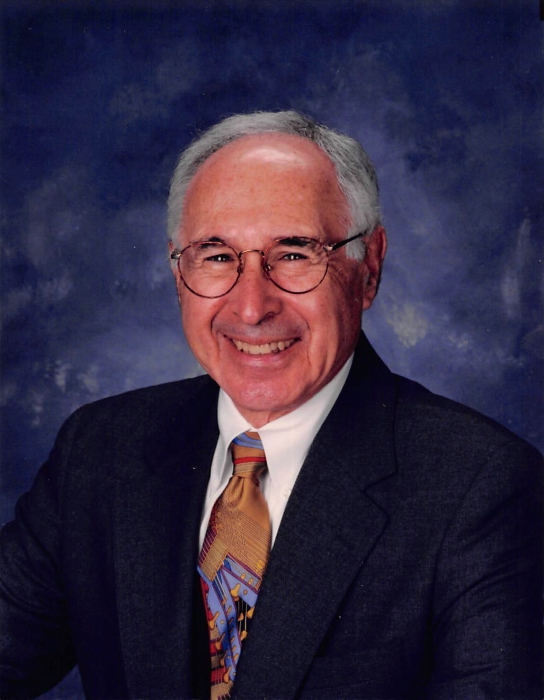 He was born in Wausau, WI on March 25, 1921 to the late Jacob and Anna (Blackman) Mirman.  He joined the United States Army on June 30, 1941 and served his country honorably until June 11, 1946.  He was decorated with the Meritorious Service Unit Insignia, and American Campaign Medal; as well as the World War II Victory Medal. Ralph graduated with his Bachelor Degree from UW Madison and his Master’s from University of PA.

While stationed in Salt Lake City, Ralph met Ruth Cline.  They were married on July 23, 1946 and subsequently moved to Wausau, WI.

Ralph was a well-known business leader and owner and operator of Mirman’s Furniture Store in downtown Wausau for 57 years. He was widely respected for his friendly manner and the interest he showed in his family, customers, community, and congregation.

Some of his greatest accomplishments were creating an endowment and capital donation fund for Mt. Sinai congregation, revitalization of the Hebrew Cemetery, driving the relocation of the congregation, development of the plan for the economic revitalization of downtown Wausau. The effort of this group of visionaries led to building one of the first enclosed, downtown shopping malls in a small city -- known as the Wausau Center.  Quietly working behind the scenes, Ralph was widely credited for his vision, unselfish dedication of his time, and his ability to get people of diverse backgrounds and interests to work collaboratively.

Leading up to and in his retirement years, Ralph spent many hours on the golf course and tennis court, where he met some of his best friends.

Ralph was preceded in death by his parents, Jacob and Anna, brother Ben, and wife Ruth on February 29, 2008.

Funeral Services for Ralph with be held at 11:00 am on Friday October 4, 2019 at Mount Sinai Congregation in Wausau.  Rabbi Daniel Danson will officiate.  Visitation will take place from 10:00 am until the time of services at the synagogue.  Burial will take place at the Wausau Hebrew Cemetery.  Family and friends may go to helke.com to sign the family guestbook.

In lieu of flowers please direct donations to the Wausau Country Club – Evans Scholarship Program, Grand Theater – Access to the Arts, or a charity of your choice.

To order memorial trees or send flowers to the family in memory of Ralph Mirman, please visit our flower store.