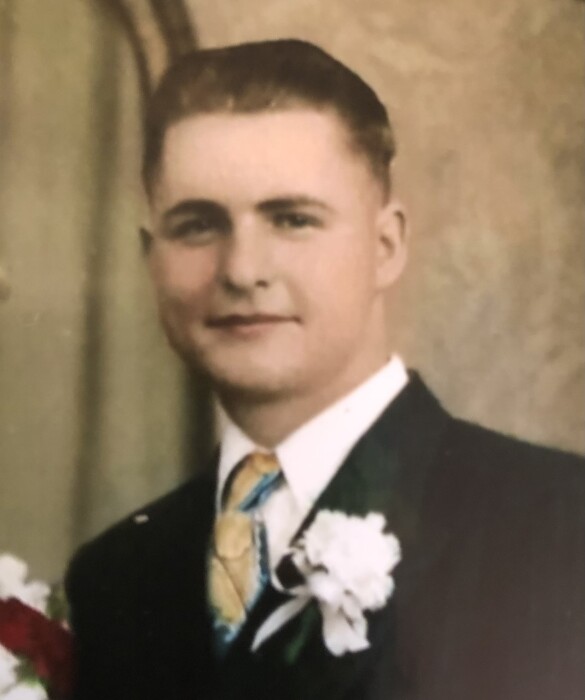 Myron Henry Denzine, age 93, passed away on Tuesday, March 22, 2022, under the wonderful care at Hospice House in Wausau, WI.

Myron was born on January 9, 1929, to Leo and Minnie (Hoff) Denzine. He was a hardworker throughout his life, starting on the family farm at a young age, then moving on to work at a local cheese factory by the time he was 16. On April 17, 1950, Myron married Delores Henrietta Adams and raised 3 children together.  Myron and his wife worked together at various cheese factories around the state finally moving to Wausau and working at Weyerhaeuser paper mill where he retired.

He enjoyed spending his days fishing, going to the family cottage, gardening, and most of all, he loved spending every moment with his family. He will be remembered for his love of playing card games and how he always had the upper hand at winning against any member of the family. His laughter, kindness and love of life will never be forgotten.

He is preceded in death by his wife; Delores, his daughter; Sally, his brothers; Galen, Leon, Lawrence, and Delbert.

A service will take place on Monday, April 4, 2022, at 11:30am at Restlawn Memorial Park – Chapel. A visitation will take place prior at Helke Funeral Home at 10:00am until 11:00am. There will be a procession from the funeral home to the cemetery. Helke Funeral Home – Wausau is assisting the family with arrangements; you can share memories and condolences at www.helke.com.

To order memorial trees or send flowers to the family in memory of Myron Denzine, please visit our flower store.