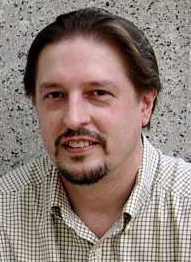 Mike graduated from Newman High School and went on to further his education, becoming a lifelong learner and professor. He earned his Bachelor's Degree at the University of Oklahoma as well as his Master's and Ph.D. after being awarded a fellowship at the University of Maryland. His doctoral thesis was on cognitive studies, and he co-edited and contributed a chapter to a text book titled 'Cognitive Science - An Introduction into The Study of Mind'.

On April 7, 1995, he married Sylvia Jane Wallace at the Norman Oklahoma Annual Medieval Fair in full period costume surrounded by family and friends. Mike loved Wisconsin, the Packers, and especially deer hunting in the fall at his uncle Clarence’s shack, affectionately known as “da forty”. He also enjoyed horse racing and handicapping the races was his favorite hobby. In his later years he enjoyed riding his Harley and was a HOG member of the Wolf River Chapter #5629. Motorcycling was a passion he shared with his brother David. Getting to ride together and attending motorcycle races having many special times. Mike was very artistic and enjoyed graphic design and music and liked to share those talents with family and friends.

He was preceded in death by his father James, and precious fur babies Skylar, Mollie and Sootie.

The Funeral Service will be at 11:00 a.m. on Saturday September 29, 2018 at the Helke Funeral Home, 302 Spruce St., Wausau. Visitation will be at the funeral home on Saturday from 9:00 a.m. until the time of service. You may sign the family guest book at helke.com

To order memorial trees or send flowers to the family in memory of Michael Tetzlaff, please visit our flower store.