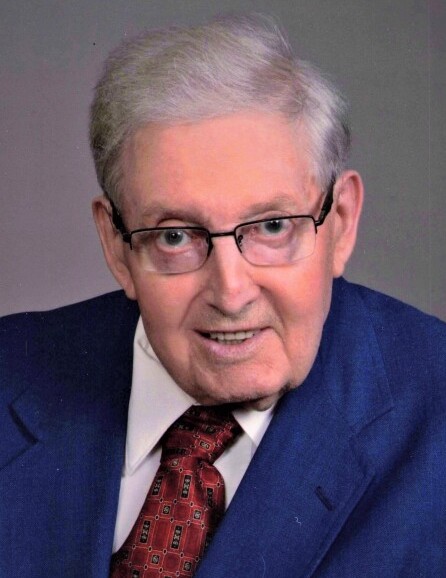 He was born on the family homestead in Hamburg on April 5, 1933, the son of the late Walter and Greta (Haehlke) Pruss. He was baptized and became a child of God and then confirmed by the Rev. Herman Schedler at St. Paul’s/St. John's Lutheran Church Hamburg.  He attended Barney School, a one-room Schoolhouse, and graduated from Athens High School with the Class of 1951, where he had the honor of being Prom King, and played on the Athens Blue Jay Basketball team.

He met Marlene Jean Buttke at a dance at Schmidt's Ballroom and they were married on June 11, 1955.  They were blessed with two sons, Timothy and John. He was a dairy farmer on the family farm and in 2013 they moved to Fond du Lac to be closer to family. They enjoyed 65 years of marriage.

Merlie had a great interest in sports, playing baseball with the Marathon County Baseball League and the Huehnerfuss Exports. He took great pride in playing ball for St. John's Lutheran Church with his two sons, Tim and John, all on the same team.  He bowled for Mason Lanes League and played Dartball. After his years of playing sports, he enjoyed watching the Milwaukee Brewers.

Merlie was an active member in his church, serving as Elder and President of the local AAL Branch. Merlie had the opportunity to serve as Director and President of the Athens Cooperative Board of Directors and served on the Board of Directors for Wausau Mutual Insurance Company.  He was a member of the Berlin-Hamburg Lions Club and felt strong at heart for his membership with the Pommerscher Verein.  The German language was always spoken in his household since his immigrant Grandfather Ernest lived with their family.  Earlier Merlie served with the Civil Defense.

He enjoyed playing Sheephead and listening to Polka music.  In later years watching the birds, squirrels, and wildlife while eating chocolate-covered peanuts, was one of his great pastimes and joys. Merlie was a kind and gentle man, we will miss him very much.  He met many friends and liked to socialize with people which he did while serving at the Athens Community Hall, Mason Lanes, Huehnerfuss’s, and Merlie’s Place.

He was preceded in death by his parents, Walter and Greta Pruss, his Mother, and father-in-law Bernhard and Margaret Buttke, brother in law and sister in law Glen and Elaine Oelke.

Visitation for Merlie will be held Monday, December 28, 2020 from 9:00 am to 11:30 am at St. John’s Lutheran Church Hamburg, followed by the funeral service at 11:30 am, and a committal service at St John’s Cemetery. Merlie's service will be made available for future viewing at www.helke.com

Masks and social distancing will be required at the Church.

A very special thanks to Timothy and Kim and John and Paula for their love, care, and support shown to Dad.  The family would like to thank Pastor James Borgwardt of Redeemer Lutheran Church in Fond du lac, WI for his comforting words and devotions.

Helke Funeral Home of Wausau is assisting with arrangements. Online condolences may be shared at www.helke.com

To order memorial trees or send flowers to the family in memory of Merlin "Merlie" Pruss, please visit our flower store.