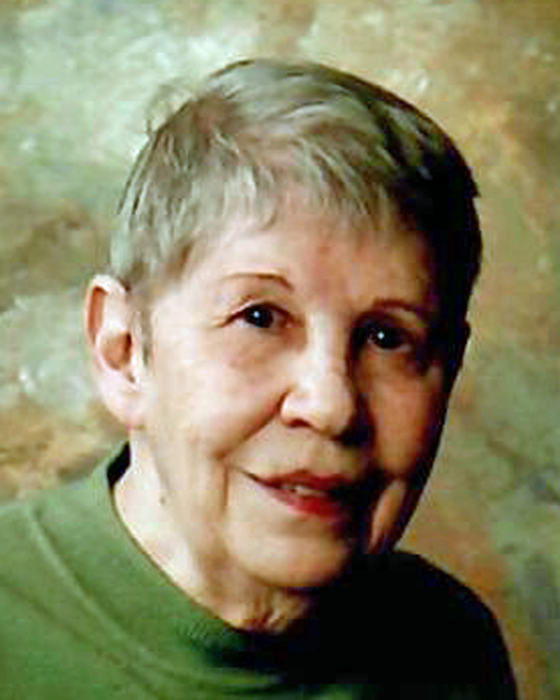 Mary Lou was born on July 21, 1933 in Prentice,WI, daughter of the late Harvey and Kathleen (Provost) Drury.  Having grown up in Merrill, she graduated from St. Francis Xavier Grade School and the former Our Lady of the Holy Cross High School.

Prior to her marriage, Mary Lou was employed by the Wisconsin Telephone Co.  On June 19, 1954 she married Richard Behrens at St. Francis Xavier Catholic Church in Merrill, WI. The following day they moved to Wausau.   Mary Lou believed in being a stay at home mom, and for the first twenty years of her marriage she stayed home to raise her children.  Thereafter she was employed at the former Crossroads Camelot Cleaners and at The Pantry, retiring in 1992.

Mary Lou was a member of Holy Name of Jesus Catholic Church for over 65 years.  During that time she was involved in many different parish activities.  She had been in the Traditional Choir, the Resurrection Choir, and served as a leader in the Bible Study program.  She also was a co-officer of the very first Holy Name School Athletic Association.  For several years she helped serve funeral dinners and the Summerfest Chicken Dinner.  She was a member of St. Regina’s Circle and St. Catherine’s Council. Religion was important to Mary Lou and her Catholic faith sustained her many times throughout her life.  She really enjoyed her church family at Holy Name.

Mary Lou enjoyed television, crossword puzzles, arranging photo albums, and traveling, but her five children were her pride and joy.

March 17 was always special to Mary Lou because she was so proud of her Irish ancestry.  We’ll always think of you on St. Patrick’s Day, Mother.

A Mass of Christian Burial will be celebrated at Holy Name of Jesus Catholic Church on Thursday, November 19, 2020 at 11:00 AM. Fr. Samuel Martin will officiate.  Visitation will be from 10:00 AM until the time of service at the church.  Face masks and social distancing are requested to all those attending. Entombment will be at Restlawn Memorial Park Mausoleum, Town of Texas.  Helke Funeral Home is assisting the family with the arrangements; you may sign the family guestbook at helke.com.

A special thank you to the nursing and support staff of the Mount View Nursing Home for their wonderful care and sincere friendship of Mom during her stay.

To order memorial trees or send flowers to the family in memory of Mary Lou Behrens, please visit our flower store.