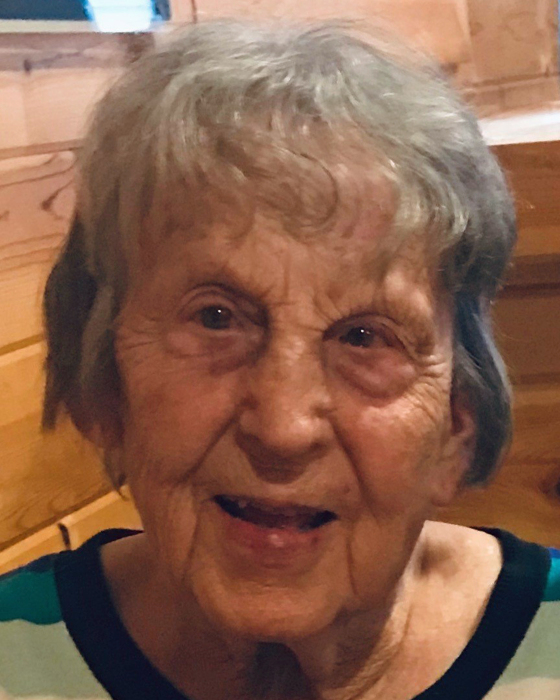 She was born on November 6, 1923 in Wausau at home to the late Gustave and Martha Papendorf. She was the youngest of five girls and one boy.

Margaret graduated from Wausau Senior High in 1941.  Shortly after high school she and her sister, Louise, traveled to Washington DC and found jobs working for the Navy during WWII.  Her primary role was to use shorthand to take minutes of naval officers’ meetings and transcribe them for military use.

After the war ended, she returned to Wausau to work at Marathon Paper Corporation in Rothschild. There she met her husband, Allan, and they were married on September 1, 1951 at Trinity Lutheran Church in Wausau.

In addition to raising their four children, Margaret was an active volunteer at her church, St. Mark’s Lutheran of Wausau.  She was a long term member of the church’s Ladies Guild, and choir.  She particularly enjoyed knitting squares that were used to make blankets for those in need.

Due to COVID-19, a memorial service with be held at St. Mark’s Lutheran Church at a later date.  Memorials can be made in Margaret’s memory to the Marathon County Humane Society, the National Wildlife Federation, and St. Mark’s Church Ladies Guild.

To order memorial trees or send flowers to the family in memory of Margaret Weber, please visit our flower store.