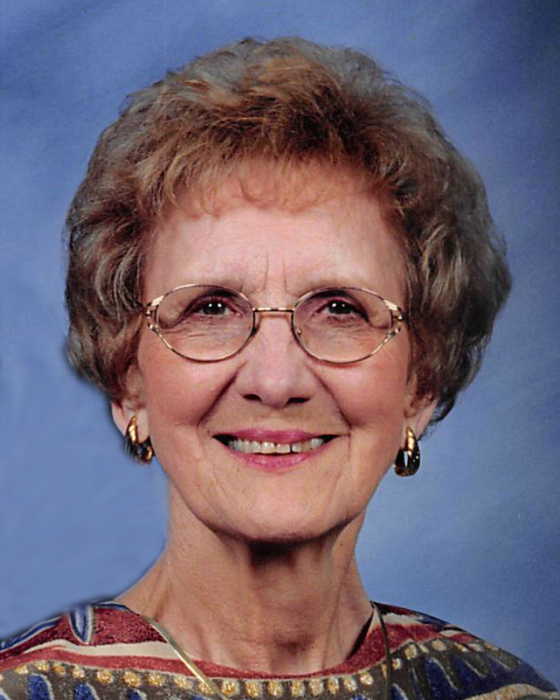 Lucille Salwach was very proud of her Polish heritage.  She loved keeping the Polish Christmas traditions alive with cooking and baking alongside her daughters.  If you knew Lucille, she was very decisive, determined, thorough and meticulous in everything she did.  That’s why Lucille was an excellent bookkeeper, tax preparer and investor.

She was born August 30, 1926 on the family farm in Thorp to the late Andrew and Julia Strzok.  Lucille grew up in Thorp and was a graduate of Thorp High School.  A few years later she met Theodore Salwach and later married at St. Hedwig Catholic Church on October 6, 1948.  They moved to Marshfield where Lucille worked at Park’s Accounting Firm until retiring on April 15, 1990 but continued to help work on tax returns until 2000.

Lucille loved her Lord, prayed the Rosary daily and was a devout member of Holy Name of Jesus Parish.  She volunteered as a money counter and helped during Summerfun.  She also volunteered in the Scrip Office for Newman Catholic Schools and covered over 2500 books while helping in the library at St. Anne Catholic School.  For many years she served as a poll worker.  When her grandchildren were young, Lucille enjoyed attending all their sporting events.  In her later years, Lucille enjoyed crafting, word searches, working jigsaw puzzles, bird watching and backing the Packers and Brewers.

The funeral mass will be celebrated on Saturday, July 13, 2019 at Holy Name of Jesus Catholic Church, 1104 S. 9th Ave., Wausau.  Father Samuel Martin will officiate.  Burial will be in Restlawn Memorial Park, Wausau.  Visitation will be Saturday at the church from 9:30 a.m. until the time of services.  You may sign our family guest book at helke.com.

To order memorial trees or send flowers to the family in memory of Lucille Salwach, please visit our flower store.