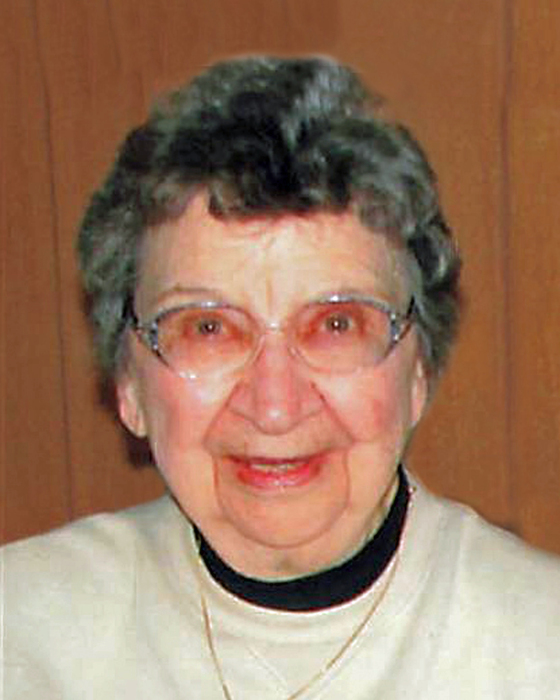 Loretta was born February 7, 1926 in Wausau to the late Oscar and Alma (Zimmermann) Krueger.  She went to Butternut Grove School, Town of Texas for grades 1 through 8 and graduated from Wausau High School in 1944.  She worked in the office at Murray Machinery until her marriage.  She married Franklin W. Radke on May 8, 1948 at St. Peter’s Evangelical Lutheran Church, Town of Wausau.  They celebrated their 70th wedding anniversary prior to his passing on July 31, 2018.

The couple farmed together for over 40 years on the family dairy farm.  Loretta helped with milking cows, in the fields and many other chores.

Loretta was a lifelong member of St. Peter’s Evangelical Lutheran Church.  She was baptized, confirmed, and married there.  She was a Sunday School teacher, vacation Bible School teacher, and belonged to LWML and Ladies Aid.  She was a volunteer at the Bethesda Thrift Store for over 25 years.

The funeral service for Loretta will be at 12:00 PM on Thursday, February 11, 2021 at St. Peter’s Evangelical Lutheran Church, 238537 Del Rio Road, Wausau 54403.  Pastor Russell Kampfer will officiate.  Visitation will be from 11:00 AM until the time of service at the church on Thursday.  Loretta will be laid to rest beside her beloved husband at Restlawn Memorial Park, Town of Texas.  Helke Funeral Home is assisting the family with the arrangements; you may sign our family guestbook at helke.com.

Heartfelt appreciation goes to the nurses and staff of Aspirus Comfort Care and Hospice Services for their kind and compassionate care for Loretta.

To order memorial trees or send flowers to the family in memory of Loretta Radke, please visit our flower store.