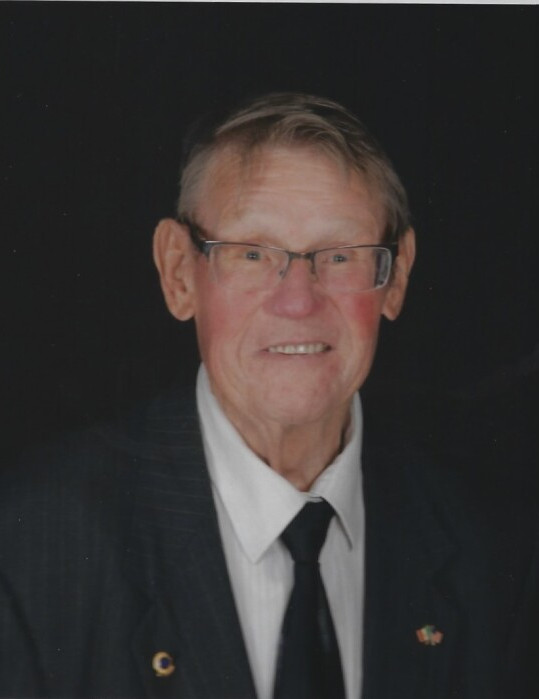 LeRoy was born on August 8, 1939, in Wausau to the late George and Hildegard (Beilke) Dehnel. He was united in marriage to Sharon Mae Rusch on August 14, 1971, in the town of Stettin. He grew up helping his Mom and Dad farm and graduated from Wausau East High School in 1957. Shortly thereafter, in 1962, he enlisted in the United States Army where he was honorably discharged from active duty and returned to state control as a member of the Army National Guard of Wisconsin to complete service obligation until 1965. From there, he worked at Marathon Electric (aka Regal Beloit) in the motor mechanic area for forty-eight years where he retired in 2013.  And in between, he and his late wife worked very hard in managing several rental properties.

LeRoy looked forward to social gatherings with family and friends where he always enjoyed being the host.  He enjoyed raising chickens, grilling, tinkering with his favorite tools in the shed and above all else, being a social butterfly.  He and his late wife spent most of their time volunteering for the Lions Club – District 27 C1 and participated in numerous activities all year round. He loved his faith and his church who believed that angels were always looking out for his family. With his passing, his family has gained another guardian angel to look over them.

He is preceded in death by his late wife, Sharon; his sisters Donna (Eugene Behnke), Ardell Rajek and sister in-law, Sue Dehnel.

There will be a public visitation at Helke Funeral Home, 302 Spruce Street, Wausau WI on Friday, September 9 from 4:00pm until 7:00pm. There will be service at Trinity Evangelical Lutheran Church in the town of Stettin on Saturday, September 10 at 11:00 am with visitation held at 9:30am until time of service. A private family burial will follow at Stettin Christian Church Cemetery. Family wish for those that want to share memories of LeRoy after the service to join them at Memories Ballroom for a luncheon. Helke Funeral Home, Wausau, is assisting the family with arrangements. To share condolences and memories with the family, please visit www.helke.com.

To order memorial trees or send flowers to the family in memory of LeRoy Dehnel, please visit our flower store.