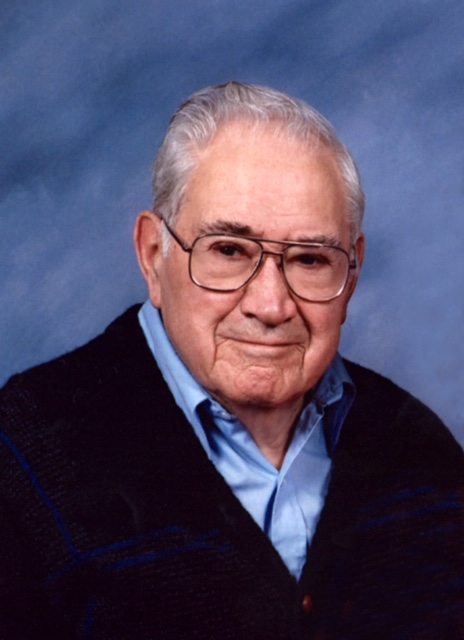 Leonard H. A. Plamann, 95, of Wausau, passed away on Thursday, December 5, 2019 at Rennes Health and Rehab Center.

He was born in Merrill on October 7, 1924 to the late George Sr. and Hattie (Hackbarth) Plamann. He married Rosemary Wells on November 22, 1949.

Before retiring from Hartwig Manufacturing, Leonard ran Phillips 66 Gas Station on Grand Avenue and worked for Nash Garage. He played semi-pro baseball for the Merrill Rangers Baseball Team and was a lifetime member of Trinity Lutheran Church.

Known as the local squirrel whisperer, Leonard loved to feed the local wildlife peanuts, befriending them to the point that they would sit on his shoes and beg at his door to be fed. Traveling, listening to Country music, hunting, fishing and bowling were some of the other things that Leonard enjoyed doing. But most important to him were his family, and his relationship with the Lord. He will be missed by many, but his family is celebrating that he is now with his wife Rosemary in the presence of God.

In addition to his parents, Leonard was preceded in death by his son Daniel and his wife Rosemary; as well as his brother, George Jr. and sister, Victoria Leverence.

A celebration of life will take place at a later date

To order memorial trees or send flowers to the family in memory of Leonard Plamann, please visit our flower store.