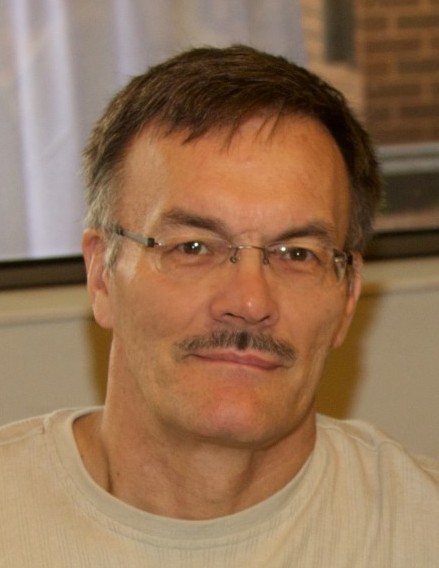 Kurt was born November 1, 1954 at Memorial Hospital in Wausau to Leslie and Helen (Kruit) Froehlich.  He is a 1973 graduate of Everest High School and honorably served his country in the US Army in the 82nd Airborne from 1973-76.  It was during his time in the military that he gave his life to the Lord.  Following his service, Kurt went on to earn bachelor degrees in Biblical Studies and Communications from Tennessee Temple University in Chattanooga.  Over the years, he has worked for HammerBlow, Greenheck and most recently Schuette Metals as a Brake Press Operator where his hard work was noticed and appreciated.  Kurt initially met Deanna Oberg at a church 4th of July picnic and in time the two began dating.  The couple was married on September 20, 2008 at Good News Baptist Church in Mosinee.

Kurt was a straightforward man who concerned himself with the things that mattered in life.  He had a passion for the Word of God and memorized a number of books of the Bible.  Kurt had well thought out and articulate opinions and stood up for what he believed.  He took care to be a politically informed citizen. He was also a numbers person, often giving Deanna flowers in quantities with a specific meaning.  In his free time, Kurt enjoyed photography, travelling, playing church league dartball with his father and brother, and chess where he was ranked statewide in his younger years.

Kurt is survived by his beloved wife of 10 years, Deanna; parents, Leslie and Helen Froehlich; siblings, Kaye Froehlich, Karla (Charles) Simmons and Kenneth (Sheila) Froehlich; many nieces, nephews, extended family and friends.  He is preceded in death by his sister, Kim Bessel.

The funeral service for Kurt will be at 12:00 PM on Tuesday, February 5th, 2019 at Immanuel Baptist Church, Rib Mountain.  Rev. Rob Love will officiate.  Visitation will be from 10:00 AM until the time of service at the church on Tuesday.  Inurnment will take place in Forestville Cemetery at a later date.  Helke Funeral Home is assisting the family with the arrangements; you may sign our family guestbook at helke.com.

In lieu of flowers memorials may be directed to Answers in Genesis or missions through Immanuel Baptist Church.

To order memorial trees or send flowers to the family in memory of Kurt Froehlich, please visit our flower store.