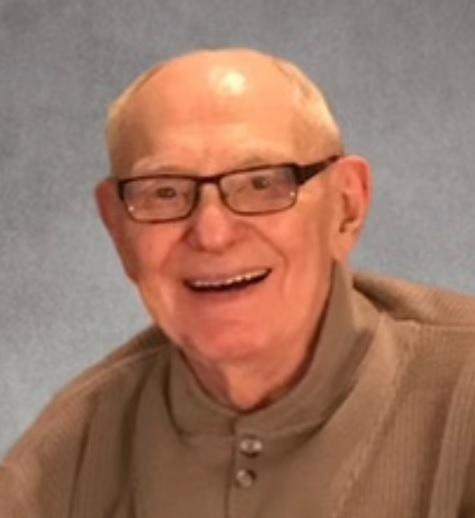 We celebrate the life of Keith L. Brinkmann who passed away peacefully on February 5, 2021.

Keith was born in Edgar, WI to Herbert and Lucille Brinkmann, who preceded him in death. Keith was happily married to Patricia M. Brinkmann (Maliszko) for 66 wonderful years. They were blessed with four children: Sherry (Bill) Fritz, Kurt (Tiffany) Brinkmann, Lori (Craig) Presley, and Beth (Mark) Olejniczak. Keith is so very loved by his grandchildren Stephanie, Matthew (Stacy), Amy (Orlando), Andrew, Noelle (Travis), and Josie and great-grandchildren Macey, Sydney, Jackson, Elena and Luna. He will be missed by his brother-in-law Richard (Nancy) Maliszko as well as many extended family members and friends. He is preceded in death by his beloved sister, Karen (Rudy) Estrada.

Keith and Pat began their married life in Milwaukee, WI. They later moved to Jackson, WI where they were able to fulfill their dream of building a home. Several years later they moved to Wausau, WI and they remained in the same home until the time of his passing.

Keith had a kind word and smile for everyone he met. He didn’t have to know you long before he would say “love ya, love ya, love ya” and give you a big wet kiss. Keith loved everything Disney, especially Donald Duck, and worked so hard to take his family on many vacations to Disney World. He was a true fan of the Packers, Brewers, Bucks, and any Wisconsin teams. He took any loss to heart as if he was one of the players on the field.

Keith’s life will be celebrated at Helke Funeral Home on Friday, February 12 at 3:00 pm, with a visitation from 1:00 pm until the time of service. We encourage everyone to honor his life by wearing Disney, Packer, Brewer, or Wisconsin apparel and come with a story to share. He has touched many lives in his 86 years and will be greatly missed.

To order memorial trees or send flowers to the family in memory of Keith Brinkmann, please visit our flower store.