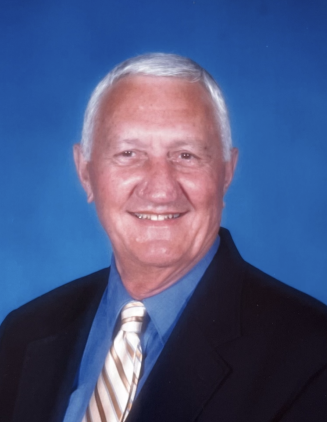 Jack is survived by his beloved, Mary Pregont, of Wausau, his two daughters, Linda and Pam, 5 grandchildren, and 1 great grandchild. He is preceded in death by his parents, his wife, Mary Barthels, and his brother, Perry Barthels.

Jack grew up on Turner Street with his brother, Perry, causing a healthy amount of hometown mischief (see ref.: chaining the city bus bumper to a tree and/or shooting the family civil war pistol in their bedroom for more information). He fondly ate onion and radish sandwiches from his mother’s garden and sat with his worn father after he came home from the railroad. Jack and his brother made extra money pulling left-behind, felled logs from the river and selling them.

Jack attended the University of Wisconsin-Madison and was drafted into the army thereafter. After his service, he worked at the Pied Piper Shoe Factory and, consequently, his daughters always sported the best Mary Janes. Jack was a numbers man, through and through. Even at the age of 90, he could pull his iPhone out of his leather belt holster and show you the status of his portfolio. Jack spent the majority of his career as the Vice President of Finance at Wausau Hospital.

Jack was a stylish man with a lot of friends. At 6’2”, with parted hair, dressed in a crisp dinner jacket, he’d often draw eyes, as he sang the night away at the downtown piano bar. He smiled a lot and loved to dance and sing, even performing in The Rainmaker at Wausau Community Theater.

Jack loved his artist wife, Mary Barthels, up until the day she passed from cancer. He cherished his daughters--his “sweet pea” and “pumpkin”. Jack fell in love again, after meeting Mary Pregont (affectionately known to his family as Miss Mary). It was obvious to any stranger that he loved her. His photo albums were filled with her surprised smirk as he snapped unsuspecting photos of her along their many adventures together. Jack loved his family dearly and was always present to teach, tell stories, and attend events.

Jack adored the water and the feeling of sunshine on his face (see: baby oil, tanning oil, shirtless pics, and skin cancer removal). Nothing better describes Jack’s semblance than sunshine. He was friendly, always happy, and without worry. Jack looked at the world with an inquisitive but never judgmental heart. He sought to understand people, asking people sensitive questions, why is your hair blue?, with an endearing innocence that brought about sincere explanations and new understanding. Jack’s advice to the living might have gone something like this: Happiness is not such a grand thing, it can be found in an oatmeal cookie and glass of milk or a sunny day on the porch. Happiness is not a goal to be achieved but a habit to be formed.

Jack must now attend a reunion with family and friends he has not seen in a long time. We imagine him donning his leather loafers (no socks) and strolling up to the gates of heaven whistling…

♪♫ And someone's sneakin' 'round the corner

♪♫ Could that someone be Mack the Knife?

In lieu of flowers, Jack would ask that you provide an unexpected and unsolicited act of kindness for a prickly individual. The funeral will be a private ceremony.

To order memorial trees or send flowers to the family in memory of Jon "Jack" Barthels, please visit our flower store.