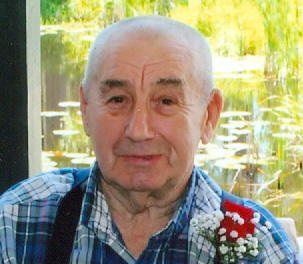 John Martin Radke, age 87, passed away peacefully on Sunday, July 22, 2018 at home. He was born August 4, 1930 in the Town of Stettin to the late Paul and Bertha (Goetsch) Radke. John was born, lived most of his life and passed away on the Family farm.

He married Arlene Zastrow on June 21, 1952 and celebrated their 66th Anniversary this year.

John started driving truck for a living at the age of 14 and drove until the age of 81; and still enjoyed Sunday drives.

Funeral services will take place at 11:00 am on Saturday, July 28, 2018 at Trinity Evangelical Lutheran Church, 1008 N 120th Ave, Town of Stettin. Lay Minister Sharlene Hieronimus will officiate. Visitation will take place from 9:00 am until the time of services at the church. Burial will take place the Stettin Christian Cemetery.

The family would like to thank Tami Mroczenski for all of the wonderful care.

To order memorial trees or send flowers to the family in memory of John Radke, please visit our flower store.