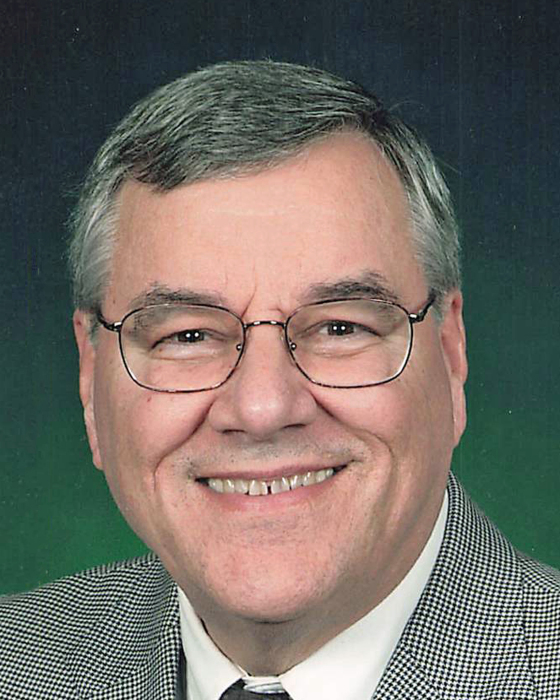 John "Jack" Richard Mathie, loving and devoted husband, dad and grandpa, passed away at home on Monday, April 5, 2021 at the age of 84.

Jack was born to Richard and Helen (Mogensen) Mathie in Wausau, Wisconsin, on February 17, 1937.  He enjoyed growing up in the country on the farm and near his family’s woods.  He was baptized at Bethany Lutheran Church in the town of Easton and confirmed at Zion Lutheran Church in Wausau.  After graduating from Wausau High School in 1955, Jack entered the US Navy and served until 1959 when he was honorably discharged.

Jack met the love of his life, Patricia "Pat" Tanck, in December 1961 at Sam’s Pizza, and they wed on October 12, 1963.  They lived a wonderful life together and were blessed with two daughters, four grandchildren, and three great-grandchildren.  Jack and Pat enjoyed going up to the "cottage" on the Spirit Flowage with family and friends for over 50 years.

Jack and Pat visited every state, except New Mexico and Alaska, oftentimes connecting with relatives they hadn't seen in a long time.  Their travels took them to many countries in Europe as well.  A highlight for Jack was their visit to Odense, Denmark where he walked the streets of the town where his grandmother Mogensen lived and worked before coming to America.  Jack and Pat also spent twelve winters in Gulf Shores, Alabama.

Jack worked 38 years at Kraft Foods in many roles and forged many lasting friendships.  When the weather was nice, he liked to ride his bicycle to work.  After retiring in 1997, Jack and Pat enjoyed meeting for breakfast with fellow Kraft retirees and their wives.

Jack always loved “The 80”, his 80 acres of woods, and was a member of Wisconsin Woodland Owners Association.  He was a steward of the land and made firewood and maple syrup. Spending his free time as a talented wood carver, he fashioned many beautiful birds which he gave away as gifts.  Hunting, stock car races, hockey, football and baseball games were other pastimes he continued to enjoy during 23 years of retirement.

Jack’s faith in God was very important to him.  He was genuine, thoughtful and always willing to lend a hand.  Jack would often be seen working around the yards at Christ Lutheran Church where he was a long-time member.

He was greatly loved by his family who will cherish fond memories of him and the many fun times they spent together.

Jack is survived by his wife, Pat, of 57 years and their children, Pamela Mathie (Steve Knoll) and Jean Weaver (Jim); and by his grandchildren, John Weaver (Katie), Hannah Spranger (Robert, and their sons Parker and Ellis), Molly Weaver (Robert Trittin), and Benjamin Weaver (Jenn Tekler and their daughter Paisley).  He is also survived by his siblings, Susan Petrowski (Gilbert “Bob”), and Michael Mathie (Terry), and his cousins, nieces, and nephews.

All are welcome to attend the visitation and funeral service which will be held at Christ Lutheran Church, Wausau, on Tuesday, April 27th.  The visitation will be from 9:00 to 11:00 a.m., and the service will begin at 11:00 a.m.  The interment will immediately follow at Restlawn Memorial Park in Wausau.

You may sign our family guest book at the church or helke.com.  In lieu of flowers, donations in Jack's name can be sent to the Christ Lutheran Church Memorial Fund (1300 Townline Rd, Wausau, WI 54403) or the Wisconsin Woodland Owners Association at UW-Stevens Point (WWOA, PO Box 285, Stevens Point, WI 54481).

To order memorial trees or send flowers to the family in memory of John Mathie, please visit our flower store.