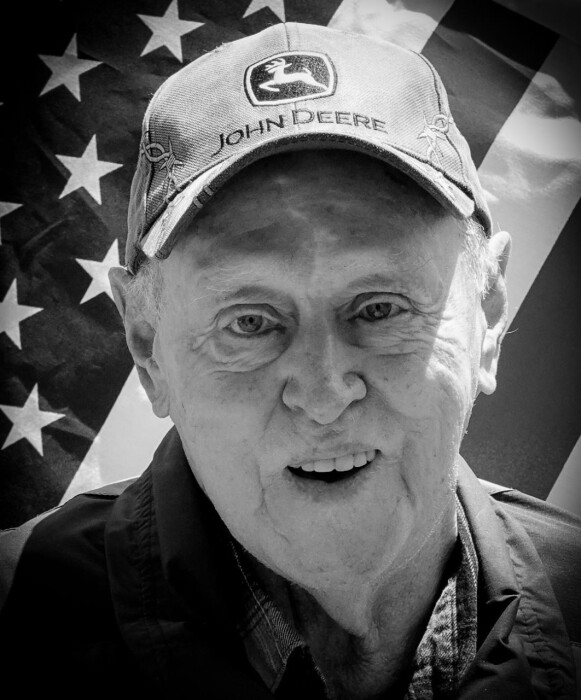 Jerome Lillie, 90, passed away suddenly and peacefully at his home on October 7, 2021. He was a lifelong resident of the Wausau area.

He is survived by his children: Keith Lillie, Kim (Lillie) McAdams (Joe), Kay (Lillie) McMahon (Tim), Kevin Lillie (Diane), and Kathy Lillie. In addition, he was blessed with 10 grandchildren and 16 great-grandchildren and one great-great-grandson. Jerome’s wife Marlyce (Luetschwager) Lillie passed away from COVID on October 25, 2020. Jerome and Marlyce began as acquaintances, becoming teenage sweethearts and lifelong partners. They were married 67 years.

Jerome grew up in the long-time family home on Townline Road with two brothers, Jack and Ronald Lillie and two sisters, Maureen Kislow and Gail Yonker. He served in the Air Force during the Korean War and was stationed at a top-secret base in Thule, Greenland where he not only endured the endless Arctic nights but enjoyed them.

Early in his marriage he and Marlyce lived on the Luetschwager family farm with their young family which would expand to five children by the time they left the farm in 1967. The couple bought a home near the old Wausau East High School and there they would raise the five K’s in a challenging, hair-raising, sometimes exhausting, but always fun filled and loving family.

Throughout his life Jerome enjoyed rabbit hunting and owned several beloved Beagles who tirelessly chased rabbits for him. He also hunted deer, once bagging a trophy buck which got his photo in the newspaper. Jerome hunted deer until late in life, bagging his last buck in 2019. He also spent many years fishing in Canada for Walleyes with his son Keith at the camp owned by his son Kevin.

Jerome was a long-time Wisconsin Public Service employee as were his father and one of his sons. He worked at Weston Steam Plant 1 when it was first opened and later built sub stations throughout the central part of the state.

After Jerome’s retirement he and Marlyce traveled the western states a bit before buying a hobby farm between Merrill and Medford and settling into some of the happiest days of their lives as the large family spent holidays and summer vacation weeks living with them on the farm. He was a farmer at heart. Jerome always enjoyed the great fellowship of the Taylor County Senior Lunch program and made a surprise visit to them on his 90th birthday just to say “hello.”

When he celebrated his birthday a few weeks ago he spent a joyful day taking dozens of calls from family and friends and receiving relatives with birthday wishes. He shared the day with his five children and enjoyed a dinner of favorite foods he personally selected. The day was topped off with two birthday cakes because he couldn’t choose which one was his favorite. The last year was tough, but that day, he never smiled so much.

Jerome is preceded in death by his father, Maurice Lillie, mother, Helen (Jaecks) Lillie and his brother Jack Lillie.

The funeral service will be celebrated at 11:00 AM on Friday, October 22, 2021, at Covenant Community Presbyterian Church, 1806 Weston Ave., Schofield, WI. Visitation is from 10:00 AM -11:00 AM and the service is followed by a luncheon at the church. Interment is private. Pastor Jess Wakefield will officiate. The service will be streamed live on covenantcommunitypc.org.

To order memorial trees or send flowers to the family in memory of Jerome Lillie, please visit our flower store.