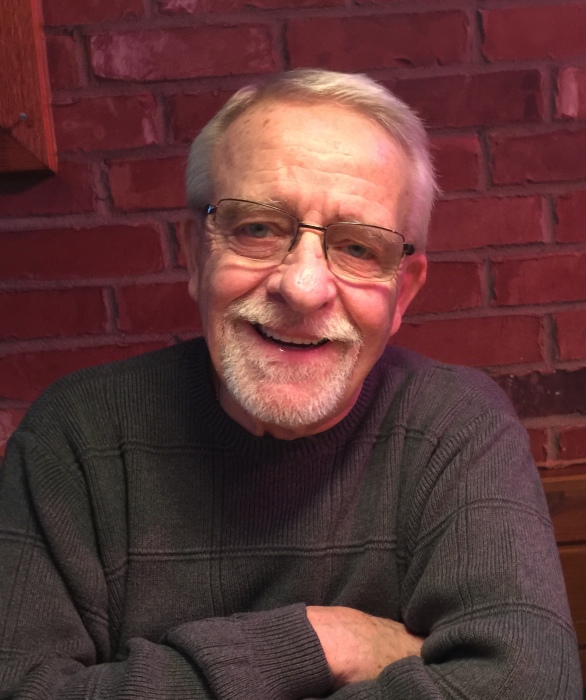 James M. Trentlage, age 69, of Kronenwetter was welcomed into the Lord’s arms on October 6, 2020 at the Aspirus Hospice House surrounded by his family.  Jim was born on March 1, 1951 in Neenah, Wisconsin to the late Melvin and Doris (Harrington) Trentlage, the youngest of four children.

Jim’s career in the food business took him all over Wisconsin; from Appleton to Stevens Point, Door County, and Wausau.  Before Jim’s retirement in 1986, he was a professional Certified Executive Chef at the Wausau Club.

From fishing, hunting, and just being together on their pontoon, Gail’s Promise, Jim enjoyed the outdoors as much as possible.  It wasn’t so much catching fish or bagging a deer as it was time spent outdoors in God’s Country. Time spent with family members was also very important to Jim.  He was also so proud of his children and grandchildren.  Jim also enjoyed being at home with his many pets over the years and had many happy days with them.

Jim married his wife Gail on June 7, 1986 and together they had a blended family of eight children; Krista (Randy Furger) Salzman, Robin Trentlage, Kari (Jon) Durst, Jodi (Douglas) Tenor, Katrina (Jason) Pasholk, William (Cheryl) Franklin, Yvonne Trentlage, and Anthony Trentlage.  With arms and hearts wide open, they have a total of twenty-four grandchildren and two great grandchildren.  Jim and Gail were also foster parents for over 45 children at different times in their home.  He was preceded in death by his parents, a son Travis, sister Sharon and brother Douglas.

Funeral Service will be held at 1:00 p.m. on Tuesday, October 13, 2020 at St. Pauls United Church of Christ, 426 Washington St. Wausau.  The Rev. Phil Schneider will officiate.  Burial will take place at Pine Grove Cemetery.  Visitation will take place from 11:00 a.m. until the time of service at the church on Tuesday.

To order memorial trees or send flowers to the family in memory of James Trentlage, please visit our flower store.