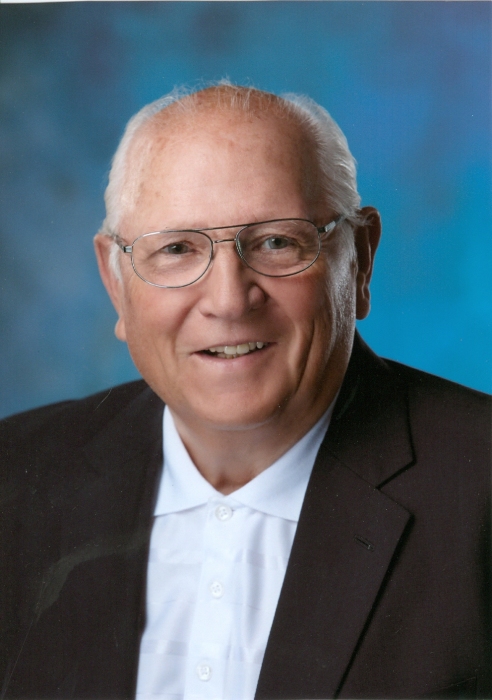 James Edward Brown, 81, of the town of Bergen, passed away at home on Tuesday, November 19, 2019. He was born March 29, 1938, in Escanaba, MI, to Edward and Bernice (Forest) Brown. After graduating from Holy Name Catholic High School, he enlisted in the US Air Force serving in weather services supporting US atomic testing. After serving, he enrolled at Northland College in Ashland, WI, where he met and married his wife Andrea Carlson. They moved to Wausau in 1962 and Jim completed his Bachelor Degree at UW-Stevens Point, where he later received his Masters’ Degree in Education.

In 1965, Jim began his teaching career at Horace Mann Junior High, Wausau, and moved to Wausau West High School when it opened. He taught American History and Economics and was advisor to the Key Club and Photography Club. He was well regarded as a caring and supportive educator which led to his involvement in the foster care system for 16 years, supporting over 20 children.

Throughout his life, Jim had an incredible passion and love for sports with a special fondness for baseball and hockey.

There wasn’t a moment where Jim wasn’t involved with baseball. As a player, he began in the All-star Babe Ruth and Little Bigger League and continued to play in high school, three years Legion, and two years in the US Air Force (Anacostia, MD; Kinross FB, MI; K.I. Sawyer AFB, MI; Eniwetok Atoll, Marshall Islands). Jim found great success as a baseball coach. He was the first baseball coach at Wausau West High School and also coached for the Wausau American Legion, Wausau Babe Ruth and Wausau Little League, and was on the Board of Directors of the Wausau Little League. Jim served as the director of WIAA state high school tournaments from 1973 to 1997 and brought the WIAA state high school tournament to Wausau in 1974. Jim also served as the General Manager of the Wausau Mets in the Midwest League, and was a scout for several Major League teams including the Milwaukee Brewers, Philadelphia Phillies, and Kansas City Royals. Jim was celebrated greatly for his involvement with baseball and was inducted into the Wisconsin High School Coaches Hall of Fame in 1983 as well as the Central Wisconsin Baseball Hall of Fame in 2003.

Hockey was another great love for Jim. He grew up playing in Escanaba, Mich. and played three seasons of semi-pro hockey for the Escanaba Hawks where he played in the Gibson Cup Upper Peninsula Semi-Pro Hockey Championship in 1956. Jim continued his hockey career while serving in the US Air Force at his base in Sault Saint Marie, Mich. where his team won the USAF championship in 1958. After his service, he played for Northland College in Ashland from 1960 to 1962, and on Wausau Senior Men’s Team from 1962 to 1963. Much like baseball, Jim served as Wausau West High School’s first hockey coach. He also coached for Wausau Youth Hockey from 1965-1986. Jim’s officiating career started early on with Escanaba Youth Hockey from 1957 to 1960 and continued for decades. He was a USA referee from 1963-2000, WIAA referee from 1971-2000, USHL, officiated in 17 WIAA state tournaments and was a referee for the University of Wisconsin-Stevens Point. His career in hockey inspired his children and grandchildren to not only participate in hockey but begin their officiating careers as well. Jim served the hockey community greatly by being the North Central High School Hockey Conference Commissioner from 1980-1992, a WIAA Rule Interpreter from 1980-2004, and was a WIAA Hockey Consultant from 1980-2009. He served on the Board of Directors of Wausau Youth Hockey and a Charter Member in 1967. Jim was also the President of the Central Wisconsin Hockey Officials Association from 1999-2008. He received the Award of Excellence at the High School Hockey Unlimited Hall of Fame in 1998 and was inducted into the Wisconsin Hockey Hall of Fame in 2013.

Though Jim had a passion for baseball and hockey, it seemed like there wasn’t a sport that he couldn’t master. He played basketball in school in Escanaba, Mich., coached for Wausau West from 1970-1972, and officiated WIAA basketball from 1965-1992. During high school, Jim played football for Holy Name High School and played in the Michigan State Championship, he also played for Northland College from 1960 to 1962. He coached for Newman High School in Wausau from 1962 to 1964 and at Horace Mann Junior High School from 1965 and 1969. Jim also officiated WIAA football from 1965 to 2014, Wausau Area Youth Football and was on their Board of Directors. Jim also found success as a boxer. He was the Upper Peninsula and Wisconsin welterweight golden glove champion in 1956, regional Air Force middleweight championship, and qualified for the 1960 Olympics. In his later years, Jim participated in the Badger State Games, winning awards in speed skating.

Aside from sports, Jim also had a love of the arts. He participated in theatre at Northland College as well as Wausau Community Theater where Jim served one year as president. He was a talented artist and enjoyed photography, painting, sculpting, and wood carving. One of the loons he created was on display at the Center for Visual Arts in Wausau.

Jim had a wide array of interests. He had a love for animals, especially Siberian Huskies, and participated in sled dog racing. He served as president of the Marathon Humane Society. He was always a friendly face and loved to greet visitors at the Wisconsin Valley Fair front gate for fifty years. Jim was a lifelong learner and always sought out opportunities to experience new things. Always up for an adventure, Jim would often take any chance he could to travel to historic sites and sporting events. He enjoyed sharing his knowledge and his passions with his family, friends, and anyone who’d listen. Jim had a deep-rooted love for the water, whether it was on the Great Lakes or pontooning on a summer day with a fishing pole in his hand and the baseball game on the radio. Though he had many hobbies, Jim was happiest when he was spending time with his family.

Funeral Services will be held following visitation and officiated by Deacon Mark Gribowski of Buckeye, AZ, foster son of Jim and Andrea.

In lieu of flowers, donations can be made to The Michael J. Fox Foundation for Parkinson’s Research, or the Never Forgotten Honor Flight, 225780 Rib Mountain Drive, Wausau, WI 54401

To order memorial trees or send flowers to the family in memory of James Brown, please visit our flower store.