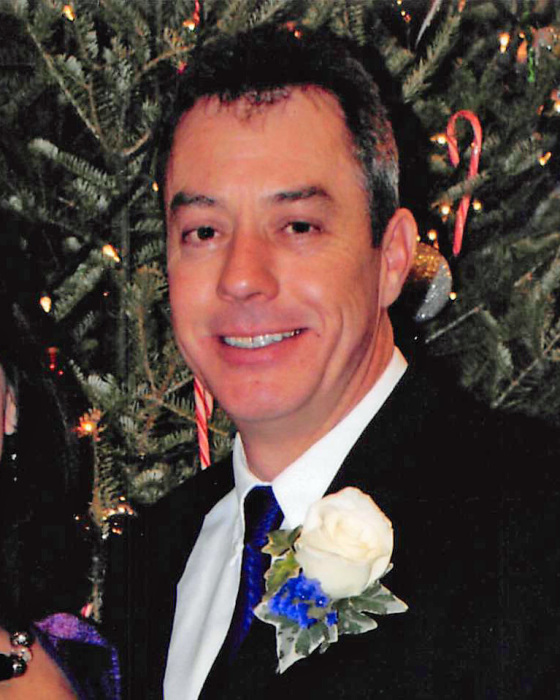 On May 3, 1963, Ian was born in Johnstone, Renfrewshire, Scotland to Rebecca “Ruby” (Adams) and the late Patrick Turner.  In the mid 1960’s the family immigrated to Canada settling in Ontario when Ian was 2 years old.  He grew up and completed his education with certifications as an automotive technician. Ian moved to the United Sates and became a resident in 2001, while retaining his dual citizenship with the United Kingdom and Canada.  Ian then met Karen Moser in 2006, fell in love and married her on January 7, 2011 at Christ Community Church in Schofield.  He quickly took on the role as mentor, protector, and farmer, and was loved and respected by Karen and her children.

Ian had a big heart and loved to laugh. His corny jokes never failed to brighten Karen’s day and liven up a family dinner. Ian had a very inquisitive mind. He loved working out problems; often spending time staring at a task, working out the issues, and planning an attack long before getting to work.  His skills at problem solving led him to become an accomplished handyman. His carpentry work has been used to enhance the family home and to give Ethan and Lexie a beautiful wedding arch. Ian was an experimental chef, motorcycle enthusiast and outdoorsman, often spending time walking his dogs and kayaking with Karen.

Ian is survived by his beloved wife Karen and her children, Ethan (Lexie) Tomlin Dodd of Stevens Point, Alex Dodd and Haley Dodd both of Wausau; mother, Ruby Turner of Ontario, Canada; brother, Paul Turner of Ontario, Canada; father and mother-in-law, Louis and Beverly Moser of Wausau; extended family and friends; and his faithful canines, Rusty, Zak and Pirate. He is preceded in death by his father Patrick Turner and former wife, Rita Turner.

The memorial service for Ian will be held at 7:00 PM on Thursday, August 23, 2018 at Christ Community Church (8100 Alderson Street, Schofield, WI 54476), officiated by Dr. Robin Wilde. The visitation will be from 4:00 PM until the time of service on Thursday at the church.  Helke Funeral Home is assisting the family with the arrangements; you may sign the family guestbook at helke.com.

Memorials may be directed to the family for future charitable donations in Ian’s memory.

Special appreciation goes out to the emergency crews, volunteers, and friends who dedicated time from their lives to help find Ian and bring him home to his family.  You will never know how much his family appreciates the overwhelming love and support that you have given them.

To order memorial trees or send flowers to the family in memory of Ian Turner, please visit our flower store.