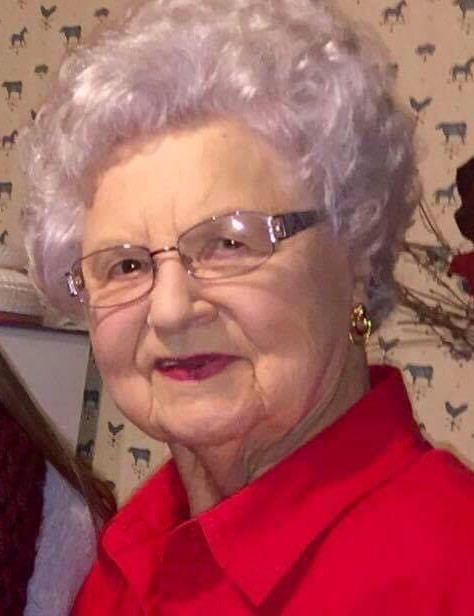 Grace was dedicated and devoted to her religious faith which was very important to her. She enjoyed attending bible class with her dear friends for over 52-years. She also enjoyed going to her cottage up north, where she and Claude spent time fishing together.  Grace was a wonderful wife, mother, grandmother, and great-grandmother. She enjoyed preparing food for everyone, and her kitchen was always open. Grace would light up the room with her sense of humor and joke telling, and she was a cherished friend to all that met her.

She was preceded in death by her husband Claude, three brothers, Alvin, Ralph, and Wayne Goetsch, and one sister, Sylvia Torzewski.

Funeral service will be held at 11:00 A.M. on Friday, July 8, 2022, at St. Stephen Lutheran Church, 512 McClellan St. Wausau.  Rev. Gary Froseth will officiate Burial will be in Maple Grove Cemetery, town of Maine.  Visitation will be from 10:00 A.M. until the time of service at the church.  Helke Funeral Home, Wausau, is assisting the family with arrangements.

You may leave messages and condolences for her family at helke.com.

The family would like to thank Aspirus Comfort Care and Hospice Services for the excellent care shown not only to Grace, but to her family as well.

“See You in Heaven”

To order memorial trees or send flowers to the family in memory of Grace Pregont, please visit our flower store.