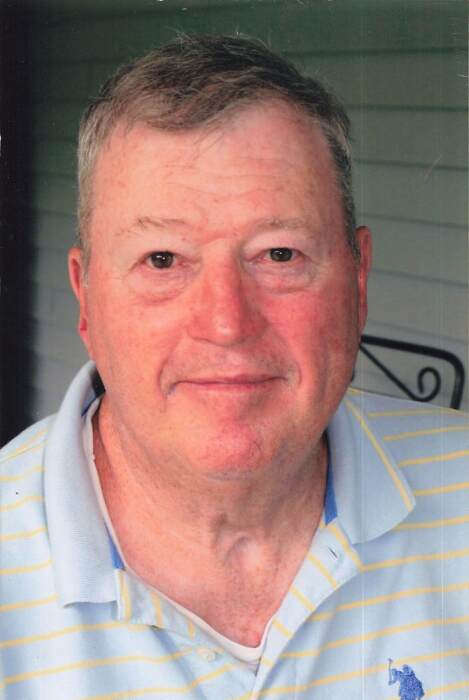 Eugene “Gene” Dix, devoted husband, father, and grandfather passed away peacefully at his residence when he was called to his eternal home by his Lord and Savior on May 4, 2021.  He was 78.  In life, Gene had worked as a biology and science teacher at DC Everest High School and was a veteran official of many WIAA events.

He was born in Neillsville on June 18, 1942, to the late Earl and Vivian (Peterson) Dix.  Growing up in the Marshfield area, Gene attended a one-room country schoolhouse from grades one through eight. Gene graduated from Marshfield Senior High School in 1960. Throughout his life, Gene maintained a tremendously competitive spirit, which was forged in athletics.  While attending Marshfield High School, Gene excelled in Football, Basketball, and Track & Field.  After losing one early race during his junior year of high school, Gene went undefeated in hurdle events throughout the remainder of his high school track & field career.  In 1959 and 1960, Gene won the state championship two years in a row in both the high and low hurdles. His performances for the Marshfield Tigers were, at the time, Wisconsin Class A State Records, although they have since been retired when the sport changed to metric distance standards.

After completing high school, Gene attended UW-Madison on a full-track scholarship from 1960-1964. For three years, Gene competed in the Big 10 meet, during a time when freshman were not eligible to compete by NCAA Rules. During his collegiate career, Gene set a UW-Wisconsin record for 120-yard high hurdles, with a time of 14.1 seconds.  Gene also won the Big 10 Championship in high hurdles at the meet held at Northwestern University in Evansville, Illinois in 1964. He was captain of the track team during his senior year and was awarded a “W” in Track & Field during the years 1962, 1963, and 1964.

In 1967 Gene married Kathleen Cotrone at the First Baptist Church in Stevens Point, Wisconsin. Three amazing sons were born to Gene and Kathy: Michael, Mark, and Matthew. The boys added so much love, laughter, and adventure to the lives of Gene and Kathy, who delighted in attending the many football games, track meets, baseball games, wrestling meets, and pop concerts in which the boys participated.  Throughout the years of the boys’ athletic participation, Gene was ever-present for his sons as a supportive mentor, a knowledgeable coach, and a proud father.

Gene began his career in education at the Menomonee Falls School District in 1965 where he taught science and coached football until 1968 when he and Kathy moved to Wausau, Wisconsin.  There, Gene taught science classes and Advanced Biology for 32 years at DC Everest High School. Gene also served as the head track coach for a few years while at DC Everest.

Following the birth of his sons, Gene made a transition from coaching track & field to officiating high school events for track & field, as well as for cross-country.  Gene officiated track and cross-country events for 40 years in the Wausau area and within the Wisconsin Valley Conference.  In 1998, Gene was inducted into the Wisconsin Track Coaches Association Hall of Fame for his outstanding accomplishments in track & field.  He was also inducted into the Marshfield Hall of Fame where his track & field records for the hurdle events have never been broken.  Gene was given the Distinguished Service Award by the Wisconsin Athletic Directors Association in 2005 for his many years of officiating high school cross-country and track & field competitions, which included Regional and Sectional events as well as 3 State Cross-Country Championships.  He retired in 2000 from teaching, and a few years later from officiating as well so he could spend more time with his family.

As Gene was raising his sons with Kathy, he served as an example to his family, and to many others, of prioritizing and living out his faith in Jesus Christ within his daily life.  For many years, Gene taught adult Bible study classes at churches where his family attended.  For a time, Gene served as a deacon at Immanuel Baptist Church in Wausau.  Also, when the pastor of a small church in the City of Marathon left unexpectedly, Gene was asked to lead the church and served as the head pastor for approximately a year until the congregation could find a permanent pastor.

In 2004, Gene was diagnosed with severe Pancreatitis and was hospitalized from September 2004 until February 2005, between Aspirus Wausau Hospital and UW University Hospital in Madison. His first grandchild Madelyn Leigh Dix was born while he was in a coma at UW Madison. In the midst of great hardship, God graciously spared Gene’s life, and he was able to share in the lives of grandchildren Madelyn, Gabriel and Christian Dix, Abigail Dix, Micah Dix, Jonathan Dix, and Ari James Dix.

Many memories of Gene will forever be connected to the cabin he built in 1972 on Bass Lake near Tomahawk, where he spent countless days with members of his family and many friends.  Gene relished the tranquility and solitude of the cabin’s natural surroundings in the north woods, and he frequently referenced them within impromptu lessons about the connection between scientific principles and God’s creation to his children, dear friends from the neighboring cabin, or to anyone else fortunate enough to enjoy vacation time with Gene at Bass Lake.  While Gene’s family and friends loved the hours they spent with him at the cabin boating, eating, swimming, skiing, fishing, hiking, hunting, singing around a campfire or just plain relaxing from the pace of everyday life, Gene’s spirit of gratitude to God for providing him with such a special place of rest, recreation, restoration, and worship transcended the activities themselves and left an indelible impression upon all who visited the importance of faith and family in life.

To many, Gene was an amazing teacher and coach. To his family, he was a devoted husband, proud father, and doting grandfather.  Regardless of the context for the relationship, all who knew Gene could not mistake his friendliness, his sense of humor, his intelligence and discernment, or his generosity.  Moreover, it was impossible to know Gene without recognizing his love for his family and devotion to his God, which guided him throughout his life.  Regardless of where God placed him in life, Gene made an impact on the lives of others.  Though Gene’s presence will be missed, his memory and legacy will live on with all who knew and loved him.

In addition to his parents, Gene was preceded in death by his infant son, Steven.

A memorial service will be held at 11:00 AM on Saturday, May 15, 2021, at Highland Community Church-Weston Chapel, 6615 Cty Rd J, Weston, Wisconsin. Pastor Jeff Hinds will officiate. Family and friends are asked to go to www.helke.com to leave online condolences and words of remembrance.

The family wishes to thank the Hospice Comfort Care and Hospice Services team, Rose, Jamie, Morgan, and Chaplain Will, for their compassionate care for Gene in his final days. They would especially like to thank Kathy Yaeger, your love and kindness will not be forgotten.

To order memorial trees or send flowers to the family in memory of Eugene "Gene" Dix, please visit our flower store.