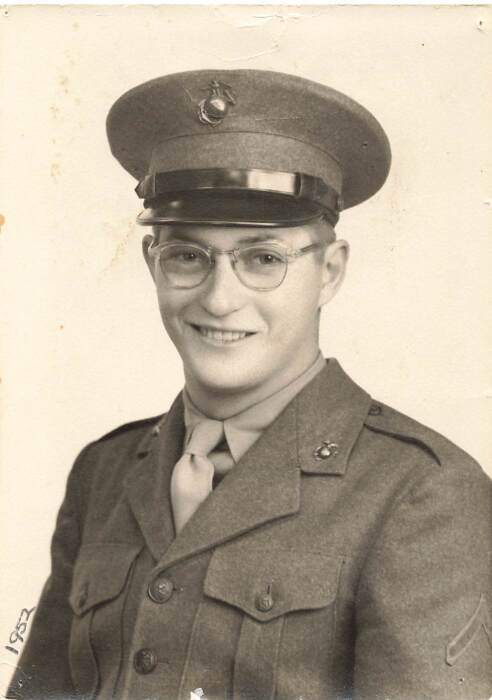 Eugene was born, along with his twin sister Gloria, on March 30, 1931, to Henry and Corinne (Smith) Laffin in the town of Hewitt. He married the love of his life, Edna Kroening on October 6, 1951. They just celebrated 70 wonderful years together.

Eugene spent many years working for the City of Wausau until his retirement. He loved to spend his time fishing and hunting, golfing, watching the Packers and the Brewers, snowmobiling, and enjoyed traveling to Hawaii. His favorite pastime was participating in football pools, which he often won.

A funeral service will be held Monday, March 7, 2022, at 11:00 AM at St. Peter’s Evangelical Church, 238537 Del Rio Road, Wausau with visitation beginning at 9:00 AM. Rev. Russell Kampfer will officiate. Burial, with military honors, will follow at Restlawn Memorial Park. A celebration of life at St. Peter’s Evangelical Church will follow the burial.

In lieu of flowers, memorials can be made out to St. Peter’s Evangelical Church.

The family would like to extend a special thank you to Rev. Russell Kampfer and the staff at Rennes.

To order memorial trees or send flowers to the family in memory of Eugene Laffin, please visit our flower store.