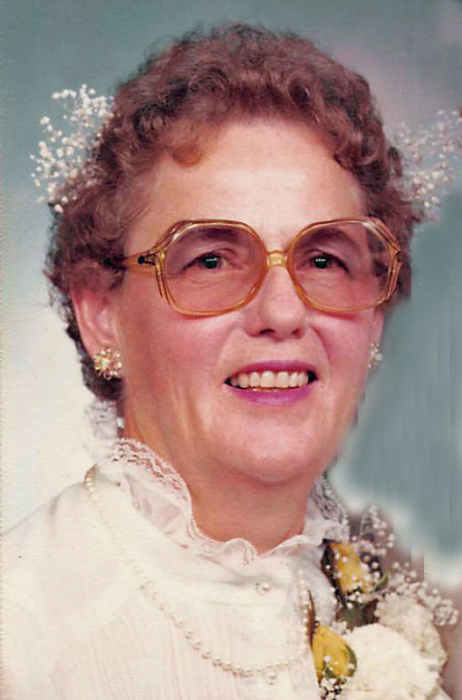 Erna worked for the Wausau Police Department as a crossing guard for 30 years at the corner of 11th Street and Thomas Street. Starting and ending her days with the kids is what made her truly happy.

She is survived by her step-son, Ken Heldt and his children, Samantha and Christopher; as well as her great grandson, Joel.

In addition to her parents and husbands, Erna was preceded in death by her step-daughter, Vicky Heldt; and her sister, Malinda (Emil) Wiesner.

Funeral services will take place at 7:00 pm on Saturday, December 29, 2018 at Helke Funeral Home, 302 Spruce Street, Wausau. Vicar Joseph Pinzl will officiate. Visitation will take place from 5:00 pm until the time of services at the funeral home. You may sign the family guestbook at helke.com.

The family would like to thank Jolene for her continued care and dedication to Erna for the past six years.

To order memorial trees or send flowers to the family in memory of Erna Sobjeck Heldt, please visit our flower store.