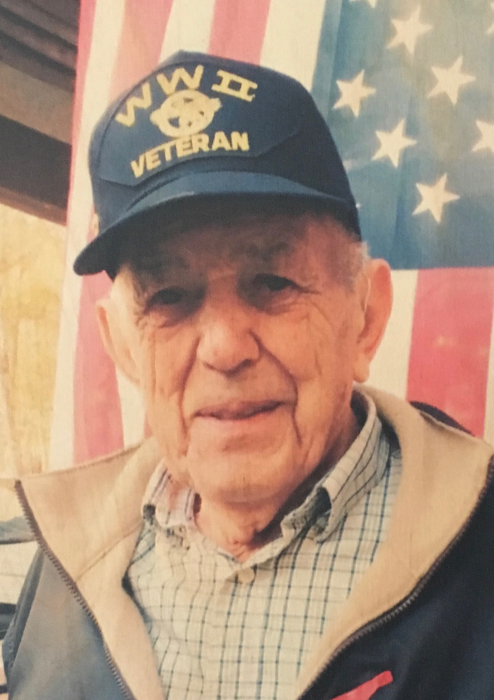 Elgart Henry Radant died peacefully with his family present at his apartment at Mountain Terrace.  He is survived by his wife of seventy-one years, Cora (Kilian) Radant and his two children, Susan Gilomen and Leon Radant.  He was a wonderful grandfather to Hannah Radant, Ryan Gilomen, Erin Arnio, and Colin Radant.  He also enjoyed two great-grandchildren, Willa and Scarlett Arnio.

He was preceded in death by his parents, Hubert and Clara (Zunker) Radant, his dear brother, Willard, and his brother, Delmar.  His surviving siblings are Donald, Edward, and Eldora Marquardt.

He was born, raised, and worked almost all of his adult life in Marathon County.  He seemed to be known almost everywhere he went in the region.  He was very prideful of his military service in WW II and continued in his retirement to be active in the VFW.  He volunteered as a member of the Honor Guard for his fellow vets for many years.

Elgart worked in construction as a carpenter foreman on many commercial construction projects in the area.  He had many buddies in the carpenters local union.  Even in his advancing years, he took pride in keeping his house in perfect condition and keeping everyone busy with projects of his choosing.

He and Cora were lifetime members of the Trinity Lutheran Church in the Town of Stettin.  We have all been appreciative of the many supportive visits made by friends, family, and fellow parishioners.

A funeral service will be at 11:00 a.m. on Saturday, January 5, 2019, at Trinity Evangelical Lutheran Church (Town of Stettin) 1008 North 120th Ave., with Rev. Phil Bogen officiating.  Visitation begins at 9:30 a.m. until the time of service at the church.  Private burial will be in the Town of Berlin Cemetery.  The family would ask that no additional flowers be sent.

A memorial in his name will be established with Trinity Lutheran Church.

To order memorial trees or send flowers to the family in memory of Elgart Radant, please visit our flower store.