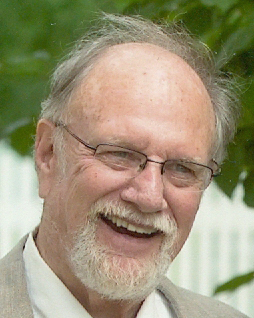 Dr. W. Mark “Doc”  Meacham was a man who had a distinctive gruff voice that went along with a kind heart. He was a family man who always cared for his patients.   During his career he took great pride in Continuing Education; always bettering himself, his technique, and his practice, all for the patients he felt fortunate to treat.  For 40 years, every night he personally called each patient he saw that day to see “how they were doing”.  He reached the pinnacle in his education by becoming a Master in the Academy of General Dentistry.  Doc was the proud father of two girls, Nicole and Dr. Noelle who had the opportunity to work with her Dad as partners and colleagues.

Doc was born October 6, 1942 in Beloit to the late Walter and Marion (Walls) Meacham.  He grew up in Sparta and after graduating from high school, he enrolled at UW Madison.  While a student, Doc was drafted into the U.S. Army and served eleven months in Vietnam.  Upon his return to the US, he married the love of his life, Margaret Murray, at St Joseph Catholic Church in Black River Falls on Aug 5, 1967.  He then finished at UW Madison and continued on to Marquette University School of Dentistry in Milwaukee.  He graduated in 1974, moved to Marathon where he practiced until retiring in 2012.  Doc was an active member and long-time officer of the Marathon Trap and Sportsman’s Club.  He was instrumental in building the new clubhouse and bringing in the first Badger State Games skeet shooting competition to the club.  Doc was an outdoorsman who hunted game in Mexico, Africa, Argentina and throughout the United States as well as fishing Up North and Canada.

The funeral mass will be celebrated at 4:00 p.m., Sunday February 2, 2020 at St. Mary’s Catholic Church, 712 Market St., Marathon.  Reverend Monsignor Joseph Diermeier will officiate.  Visitation will be at the church on Sunday from 1:00 p.m. until the time of services.  Following Mass, full military honors will be conducted by the American Legion Alois Dreikosen Post #469 where Doc was a member.  Burial will take place at a later date in Melrose Cemetery, Melrose, WI.  You may sign our family guest book at helke.com

In lieu of flowers, memorials may be directed to St. Mary’s Church or School or St. Anthony Spirituality Center, 300 E. 4th St., Marathon.

We would like to extend a special thank you to the staff and doctors at Aspirus Oncology Dept. and Hospice House for the care and kindness they gave Doc and our family.

To order memorial trees or send flowers to the family in memory of Dr. W. Mark "Doc" Meacham, please visit our flower store.