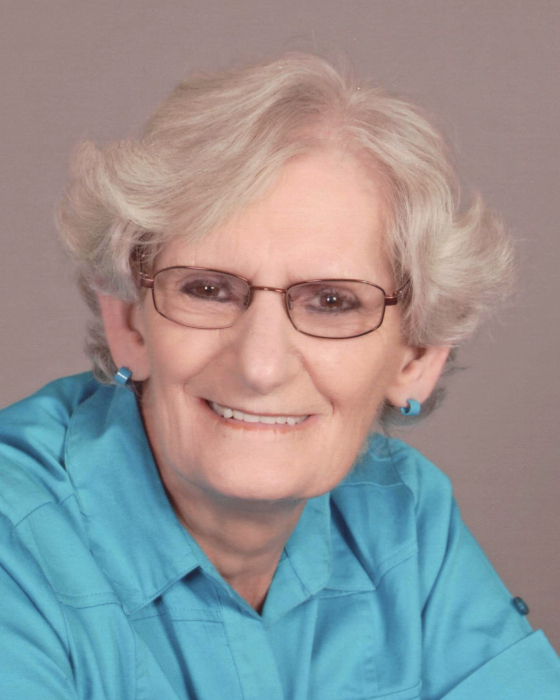 Dorothy was born July 14, 1942 in Manitowoc, Wisconsin and raised by the late Arthur Koy and Dorothy Robinson. She married James Gee on April 16, 1963 in Elgin, Illinois. James preceded her in death in 1986. Together, they had four kids, Michael, Tina, Steven and James. Michael and Tina proceeded her in death. Later in life, she married Clayton Bessette on December 16, 1995. He preceded her in death in 2012. Dolly was a hard worker and was employed at Kolbe & Kolbe for many years.

Dolly was quite a pistol, she was small but was a force to reckon with. She treasured time with her family, especially her grandkids. One thing that she absolutely loved was having everyone over for fried chicken. She had the best fried chicken. One of Dolly’s favorited hobby’s consisted of embroidery. She made anything from table cloths to pillow cases. She would give her creative pieces as gifts to friends and family. Dolly really enjoyed getting out of the house and going for walks, her grandkids have many fond memories of walking to the nearby Dairy Queen on a hot summer day. She liked listening to music, you could catch her playing Daniel O’Donnell or Alan Jackson. When she did watch television, her favorite included all the Hallmark channels. Dolly was an active member at Peace United Church, she genuinely enjoyed being a part of the congregation. She will be greatly missed by her family and friends.

A funeral service for Dorothy will be at 12:30 PM on Tuesday, June 22 at Helke Funeral Home. Rev. Gloria VanHouten will officiate. Visitation will be on Monday, June 21 from 5:00 PM until 7:00 PM at Helke Funeral Home; resuming at 11:30 AM until the time of service at the funeral home. Dolly will be laid to rest in Restlawn Memorial Park following services. To share memories and condolences, please visit helke.com. Helke Funeral Home is assisting the family.

Memorials may be directed to the family.

To order memorial trees or send flowers to the family in memory of Dorothy Bessette, please visit our flower store.