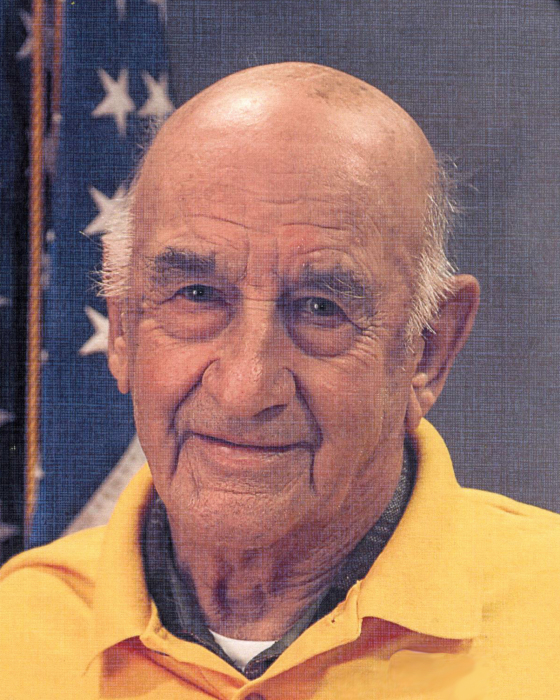 Delos was born May 7, 1931 in Wausau to the late Emil and Erna (Schuetz) Winter.  He faithfully served his country in the US Army from 1954-1956.  He married Mae Abitz on May 5, 1962 in Wausau and the couple was blessed with 3 children: Janice, Delmar and Barb.  Delos was a dairy farmer in the Wausau area for his entire life.

The funeral service will be at 11:00 AM on Saturday, June 6, 2020 at St. Peter Lutheran Church (238537 Del Rio Road, Wausau, WI 54403).  Rev. Russell Kempfer will officiate.  Visitation will be from 9:00 AM until the time of service at the church on Saturday.  Helke Funeral Home is assisting the family with the arrangements; you may sign our family guest book at helke.com.

Facemasks are encouraged and social distancing will be observed.

Memorials may be directed to the family for a future charitable donation in Delos’s memory.

Very special appreciation goes to the nurses and staff of the dialysis unit at Aspirus Wausau Hospital for their compassionate care for Delos.

How do you try to sum up 89 years of memories in a few short paragraphs? Trying to include memories of old and new. A task of happiness, celebrations, sorrows, tears and ultimately, loss. A time of reflection and of searching to highlight someone’s life.

Our dad Delos Emil Winter was born on May 7, 1931 to his parents Emil and Erna. He was an only son with an older sister Virginia and younger sister Jean. As a family they farmed the land in a way I can’t imagine. Milking cows by hand, and machinery pulled by horses, a time when uncles, aunts, cousins and neighbors worked together to bring in the crops, build a house or barn and were just there to help eachother.

Dad was drafted into the Army in 1954 serving until 1956. He was stationed in Panama during the end of the Korean War. Stories of seasickness, rugged terrain, the men he served with and snakes, were shared. One such memory was when returning home as their ship floated into New York harbor and the men all got their first glimpse of the statue of Liberty. An overwhelming reaction to being back in America. However, Dad thought the statue was rather small for all it’s hype. The horrors of his time in the army were never discussed, but it’s nightmares haunted him during his sickness.

A chance meeting at the Wisconsin Valley Fair would introduce dad to his future wife Mae Abitz. Dates to the weekend polka dances at Colonial Ballroom led to their engagement at Christmas. Miss Abitz became Mrs. Winter on May 5, 1962, with a reception following at Colonial, and more dancing. They honeymooned in the Dakotas and Yellowstone but only after the hay harvest was in.

A year later, the first of three children was born- a daughter Janice Mae. Her fondest memory was holidays, especially when we decorated Christmas cookies and hung our best on the tree. Dad thought he could reform her by seating us in the front row of church after a wild Saturday night. Successful or not, he proudly walked her down the aisle and welcomed her husband Alan into the family.

A year after their first child, arrived a son, Delmar Delos. What was a father/son bond developed into a best friend relationship, becoming eachother’s confidant they spent almost everyday together farming the land. It was a proud day for dad when Delmar and his wife Tamara took over the family farm. Delmar also shared dad’s Honor Flight experience with him, and played a significant role in dad’s care.

Over the compromise of getting her first clothes dryer, mom was persuaded into having their youngest daughter, Barbara Ann. As a child, I remember being a daddy’s girl and dancing to the Jerry Goetsche polka show in our living room, and would later become a strong-headed adult like him. I wonder if he sighed relief when he handed me off to my husband, Marvin.

Together Dad and Mom raised their family while dairy farming 220 acres. With a very firm hand, they taught us a relationship with the Lord Jesus, a love for nature, animals, and involved us in 4H. As kids, we participated in the Wisconsin Valley Fair Market Animal Show and Sale as well as homemade projects. The sale was something dad had seen during his veterinary class and wanted to do with his own children. Mom and dad also spent many years showing their crops, baked goods, eggs and other projects at the fair.

Dad and mom traveled once us kids were able to manage ourselves and the farm. Visiting places like Branson, The Grand Ole Opry, Mount Rushmore, Crazyhorse and Niagara Falls to mention a few. The greatest memory dad shared was when they visited Myrtle Beach and mom walked barefoot picking up shells like a little kid. Casino trips were also a favorite outing.

In July 1992, Dad and Mom were at the hospital anxiously waiting for the birth of their first grandchild, Logan or “Loggon” as grandpa called him. They spoiled that little boy with their attention and love. Always being there to teach him games, cards, dice and little day trips. Logan and Grandpa were so proud when they could play Pinochle and finally Sheepshead. At Logan and Carly’s wedding in 2017 Grandpa and Grandma proudly danced their victory dance for the longest couple married (55 years).

December 1999 brought them their only granddaughter, Rebecca, an introverted soul. Becca had her small circle, grandpa and grandma included. When Becca was a little girl, grandpa wanted to dance with her at a polka dance. She shyly declined his offer, but promised to dance with him at her wedding. When she and James announced the engagement, grandpa began his countdown, making it a goal to live long enough to get his dance. In August 2019, Grandpa Winter shared that long awaited dance with his granddaughter.

Andrew “Pete” arrived in July 2004 a grandson to carry on the family name for another generation. Andrew seems to have grandpa’s passion for farming, and also participates in the animal show and sale. Grandpa said “Pete” could drive farm equipment better than his dad Delmar, but needs to slow down and not tear like crazy.

Three great grandchildren brought a little spark back into mom and dad. Kaia 8, and Leiahna 6, were always excited for their visits. Both girls love dancing and enjoy spending time with relatives and value family. Their only great grandson Barrett 2, is referred to as such a happy smiley baby.

Through the years dad enjoyed fishing, hunting, card playing and celebrating close and extended family occasions. There are many hunting stories with his dad, Cliff, Delmar, Duwayne, Logan, Marv and others. Though he could no longer participate, he came down to see both Becca and Andrews first deer.

2012 the golden years were no longer so golden. After a heart attack, bypass surgery and it’s complications, began the decline of his health. For eight years, he endured kidney dialysis 3 times a week. He fought many battles, always beating the odds. Dad said mom still needed him and God still has plans for him because he didn’t take him. All those years, our mom stood by his side, caring for him and being the backbone. Whether it was changing bags or bandages, laundry, keeping him cleaned up, dressing him or just holding his hand. During these years, dad still fished, and booked a walleye fishing trip to celebrate his birthday. A guys trip including himself, Delmar, Andrew, Marv, Logan and Duwayne.

He and mom rented a bus last year, taking us all on a family trip to Wisconsin Dells Upper Boat Tours. Just another opportunity to spend with his family.

This past month was his final battle, recognizing that his time was near. He told me it meant a million dollars to see everyone who came to visit at the hospital or called. Telling all of us first and foremost to take care of mom. I think she was his reason for holding on all these years. Grieve me for a few days and then forget about it, don’t let it wreck your life. Dad continued, enjoy life while you can before you’re too old and always take care of your family.

Unfortunately we didn’t make it to see him as he passed, but the nurse told us it was very peaceful and fast. She said he was talking to himself. I like to think he was asking God to spare us the burden of making some tough medical decisions on his behalf. A burden was something he never wanted to be. I also believe it was his mom, dad and all those special people who passed before him, welcoming him to his eternal home.

To order memorial trees or send flowers to the family in memory of Delos Winter, please visit our flower store.