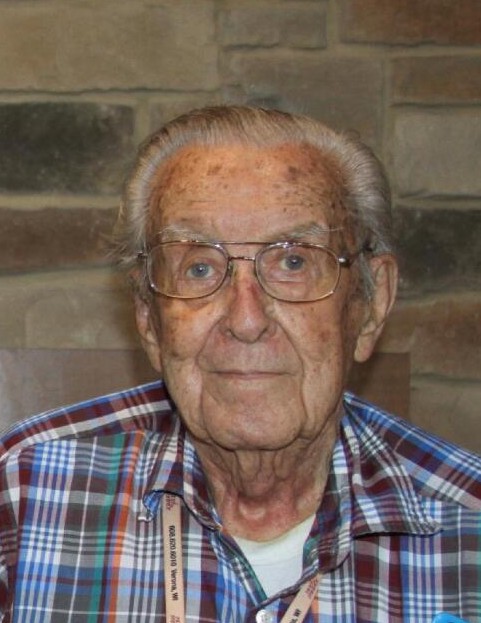 DeHart “Dee” Lloyd Wiederhoeft, age 92, passed away peacefully on October 16, 2020 at The Legacy at Noel Manor in Verona, WI. He was born February 22, 1928, in Wausau, WI to the late Reinhart and Emma (Radant) Wiederhoeft. DeHart grew up on Elm Street in Wausau, attended St. Stephen Lutheran School, and graduated from Wausau High School in 1945.

He married Grace Radke on June 5,1948, and they celebrated their 70th anniversary prior to Grace’s death in 2018. They made their home in Wausau until moving to Verona, WI in 2017 to be closer to two of  their children.

DeHart was proud of his 40 years of employment with General Telephone Company, starting as a lineman and ending his career as Fleet Supervisor, overseeing the maintenance of the GTE service vehicles. He was a loving husband and father and took great pride in his three sons and one daughter along with their spouses and his grandchildren. He and Grace were foster parents to nine babies, a fact he remembered fondly, especially in his later years.

DeHart was an avid deer hunter and fisherman and liked building things, including several houses and a cottage for his family. He enjoyed many close friendships, including with the couples in their decades long monthly card club. DeHart was a lifelong member of St. Stephen Lutheran Church in Wausau where he was baptized, confirmed, and married and served faithfully as an usher, member of the church council, pastoral call and other committees.

DeHart was preceded in death by his parents; his wife, Grace; his sister, Doris Stein; and son, Michael.

Due to COVID-19, the funeral and committal will be conducted graveside at Restlawn Memorial Park for immediate family only. Helke Funeral Home is assisting the family with the arrangements. The family guest book can be signed at helke.com.

The family wishes to thank the staff of The Legacy at Noel Manor, Verona, WI and Heartland Hospice for the kind and loving care provided to DeHart.

To order memorial trees or send flowers to the family in memory of DeHart Wiederhoeft, please visit our flower store.