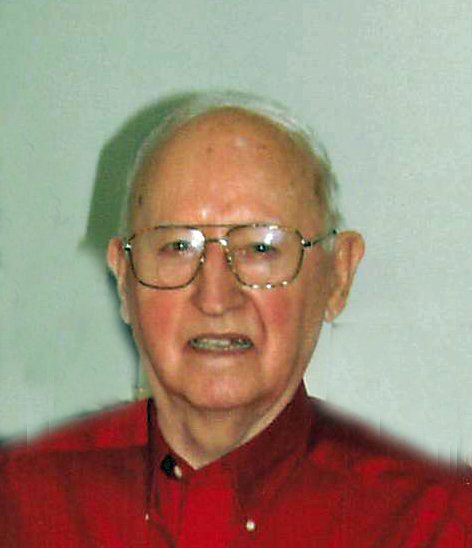 David Zimmermann, 93, left this earth to be with his Savior on August 11, 2020, under the care of Hospice and in the loving hands of Rennes Health and Rehab. He was born on March 3, 1927, in Wausau to Herbert and Esther Zimmermann of the Town of Easton.

He is survived by his wife of 71 years, Norma, who resides at Rennes Health and Rehab; his twin sister, Doris of Milwaukee; sister-in-law, Marion Blaschka of Madison; sons, Ross of Manitowoc, Mark of Wausau and Jeffrey (Tina) of Rhinelander. He is further survived by five grandchildren, Brenda Zimmermann–Thorpe of Wausau, Grant (Kari) Zimmermann of Manitowoc, Lili (Andrew) Goehring of Valders, Christopher (Scott) of Kronenwetter, Amy (Matthew) Jaecks of Weston, Ben (Lora) Zimmermann of Wausau, and Wade and Tori Hahner of Rhinelander. David is also survived by nine great-grandchildren, Lorissa and Porter Thorpe, Cale and Camryn Zimmermann, Olivia and Brady Jaecks, Rueben, Ethan, and Evelyn Zimmermann; as well as many wonderful nieces, nephews, and a special family friend, Glenda Schilling. David is also survived by brother and sisters–in–law William and Elaine Klass, Sue Jensen and Judy Jensen of Cornell, Wisconsin.

David attended St. John’s Lutheran school Town of Easton and Wausau High School, followed by short – course study at UW Madison. David worked with his father on the family farm for several years until he took over the farm. He married Norma Jensen in April 1949. His parents then purchased the farm directly to the North and they farmed closely together until his parent’s retirement.

The “warehouse” was built in 1975, which soon housed the needed storage for the feed and seed business; a profitable business David started 1977. David’s son Mark took over the dairy portion of the farm in 1978 and eventually took over the entire farming operation.

David and Norma later moved to Florida where they enjoyed life for 21 years, moving back to Wausau for their twilight years.

David was a progressive farmer, always looking for better ways to get things done. He strongly supported his church, community, friends, and his family. Among his favorite pastimes were playing sheepshead and deer hunting with relatives, friends, and neighbors. As much as he loved to work hard, he loved to tease his children and their cousins. He will always be loved and remembered for that.

To order memorial trees or send flowers to the family in memory of David Zimmermann, please visit our flower store.