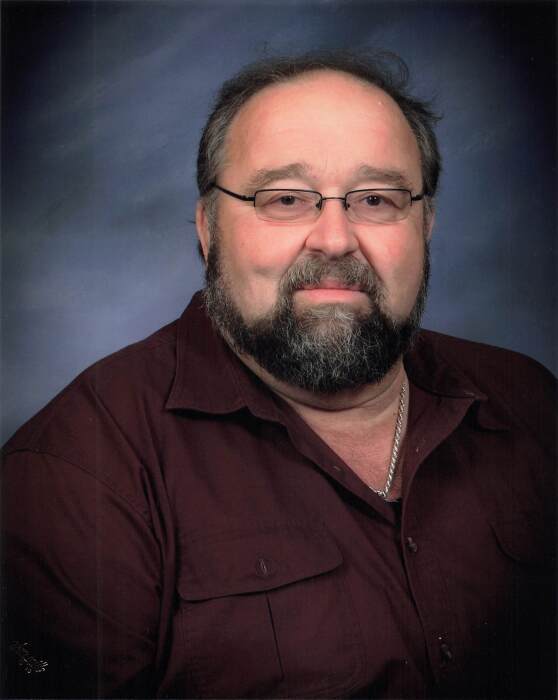 David "Dave" Hardinger passed away peacefully at home on June 14, 2022. Dave was born January 25, 1951 to Fred and Marjorie (Graffunder) Hardinger in Park Falls, WI. He had fond memories of growing up along the banks of the Flambeau, fishing and romping through the woods. They lived in Park Falls until 1964, when they moved to Wausau. Dave graduated from Wausau High School in 1969.

He worked for nearly 50 years at Kolbe Windows and Doors, and he spent the majority of that time as a truck driver. Dave enjoyed traveling the highways and byways of America, meeting customers and delivering to homesites in nearly every state.

In 1976, he married Laurie Oelke, who proceeded him in death in 2001. They were blessed with two children, Abby and Cody, who filled his weekends for years with scouting activities, movie nights, and school and church events. He rarely spent a week at home as his kids grew up as even his vacation times were filled with camping trips up north, visits to family in Chicago and Minneapolis, or road trips to Colorado, Ohio, South Dakota, Michigan, North Carolina and Missouri.

Dave was a master woodworker, and found joy in all of the ways a single piece of unfinished wood could become a beautiful object. He enjoyed nothing more than beginning a new project; he even managed to finish two or three of them. He liked camping, fishing, and hunting. He never met a dog he didn’t love, and they loved him right back. He had an interest in current events and liked to read, and spent many hours listening to books on tape as he drove. He was a member of St. Stephens Lutheran Church, where he could be found on the usher team, the properties committee, and working every pancake breakfast for 25 years.

In his later years, he enjoyed the companionship of JoAnn Sczygelski, who survives him. They spent time traveling, going to art shows and exhibits, and gardening at their home. He was a member at the Elks Club, and liked to grab a drink and a fish fry there on a Friday night.

He is proceeded in death by his wife, his parents, his in-laws Lawrence and Mae Oelke, his brothers-in law Merle Oelke and T. Kenneth Lewis, all of his aunts and uncles, and his beloved canine companions Zeb and Nixon.

A service for Dave will be held on Tuesday, June 21 at 11:00 A.M. at St. Stephens Lutheran Church, 512 McClellan St. Wausau. Pastor Gary Froseth will preside. Visitation will be held from 9:00 A.M. until the time of service on Tuesday at the church. Helke Funeral Home, Wausau, is assisting the family with arrangments.

In lieu of flowers donations may be made to a Humane Society or St. Stephens Lutheran Church.

You may leave messages and condolences for his family at helke.com.

To order memorial trees or send flowers to the family in memory of David Hardinger, please visit our flower store.